Yes, you read that right: there will be a four-day Bank Holiday for the Queen's Platinum Jubilee in 2022. The usual May bank holiday will be moved to Thursday the 2nd of June, with an additional day off on Friday the 3rd. 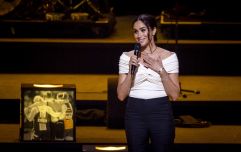 END_OF_DOCUMENT_TOKEN_TO_BE_REPLACED

In a week where we've seen a less than idyllic side of the Royal Family, it's hard to ignore that the announcement has come at a significant moment.

Whatever you make of the Royals, Prince Harry himself was openly supportive of his grandmother. He assured the public that the claims lodged against the Palace did not reflect their relationship and that the issue was with the institution, first and foremost.

The Platinum Jubilee marks 70 years since Queen Elizabeth's coronation and, as such, the celebrations are set to be memorable. Culture Secretary, Oliver Dowden teased a "once-in-a-generation show".

In addition to the usual pageantry, Dowden also promises an event "that mixes the best of British ceremonial splendour with cutting edge art and technology".

END_OF_DOCUMENT_TOKEN_TO_BE_REPLACED

Crucially, the long weekend will also share recognition with community heroes. Jubilee medals are set to be awarded to public services workers such as the armed forces and emergency services. Street parties are also a staple of these events - whether there will still be the need for Covid/social distancing guidelines in the future, who knows?

Lastly, people are expected to be encouraged to plant a tree for the Queen's Green Canopy campaign. This initiative hopes to help preserve the UK's national forest and natural landscape - a very worthwhile cause indeed.

popular
Incredible case of the only known individual whose parents were two different species
TikTokers are utterly convinced there is a secret zombie apocalypse going on in China right now
Time traveller’ claims to know exact date Queen will die
Women need to be dating men 10 years older than them, says relationship coach
The Gambia tells UK grandmothers to find their toy boys from somewhere else
Darius Danesh opened up about his health struggles before his tragic death aged 41
Jealous man glued wife's vagina shut as he caught her cheating with four men
You may also like
News
Time traveller’ claims to know exact date Queen will die
News
Glastonbury viewers 'spot the Queen' in the crowd watching Robert Plant
News
Prince Andrew is facing yet another legal battle over Jeffrey Epstein claims
News
Queen 'banned Prince Harry and Meghan taking pictures of her first meeting with Lilibet'
News
Supernanny weighs in on Kate's reaction to cheeky Prince Louis
Next Page