Happy #RoyalWedding day to you and yours!

Not sure if you've heard, but Princess Eugenie got married today. 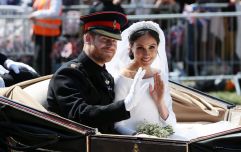 END_OF_DOCUMENT_TOKEN_TO_BE_REPLACED

It was a heartwarming and subtle affair complete with a concise 850 people and a full camera crew broadcasting live footage around the world in real time.

Viewers gained an awful lot of insight about the Royals from watching this real-life love story unfold, as expected.

Just in case you missed it, here's a cheatsheet with 18 important things we learned.

1. Ricky Martin gets an invite to everything simply as a result of being Ricky Martin and also because 'Livin' La Vida Loca' absolutely slapped.

3. 'Eugenie' is what everyone said the first time they met Robin Williams on the set of Aladdin. 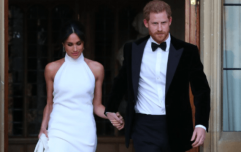 END_OF_DOCUMENT_TOKEN_TO_BE_REPLACED

5. A cool 93 years after it was written, The Great Gatsby still holds up.

6. The wind is a cruel mistress, bowing to no man, child, royal or peasant wearing a hat.

7. Fergie should open a butcher's shop and call it Sarah, Duchess of Pork.

8. Cara Delevingne can wear a tux and top hat better than any man alive. 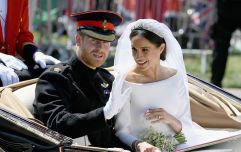 END_OF_DOCUMENT_TOKEN_TO_BE_REPLACED

9. James Blunt is everywhere, at all times. You may not see him, but if you heighten your senses, you can feel his presence.

10. Kay Burley has passed away. That is the only reason for her to be missing this once in a lifetime bi-annual event.

11. None of us are exempt from poor vision, not even those about to wed into the Royal family.

12. Camilla Parker-Bowles didn't turn up to the wedding because she hates Britain.

13. Ellie Goulding is still out and about, doing her bits, here and there, to and fro. Good for her.

14. Princess Eugenie had scoliosis as a child, followed by an operation and is now left with a scar on her back (Thank you, Sky News, for relaying this no fewer than 4 times).

15. Prince George will be the first King of England to feature in a nose picking compilation video on YouTube.

16. The Royal children get to bunk off so much school and it's not fair.

17. Climate change has been stopped because the Royal couple are having a plastic-free wedding.

18. £2 million of taxpayers' money was a fair price to pay to see Robbie Williams stand idly by watching his mother-in-law running after her windswept hat.

popular
Man with world’s biggest penis says Oscar winner slid into his DMs
'Super recogniser' draws 'accurate' modern Maddie McCann to help police find her
Bride faints on groom, vomits and gets pooed on during ceremony
Mum in jail for murder pays tribute to son, 6, killed by his dad and new girlfriend
Bride considering putting unvaccinated guests on 'anti-vax' table at wedding
'I did three grams of coke during a game': Inside football's problem with Class A drugs
Chilling video shows moment step mum tried to get away with murdering boy, 6
You may also like
News
Meghan Markle's dad gives first TV interview since the royal wedding
Entertainment
Bad Lip Reading at the royal wedding is just glorious viewing
Entertainment
Meghan Markle's wedding dress needed 'one more fitting', according to Katy Perry
News
Meghan and Harry released their official wedding photos and there's a lot to dissect
Entertainment
Tom Hardy congratulates Harry And Meghan in Instagram post
Next Page