12 texts you'll get from your Mum during the heatwave

IT IS TOO HOT I AM BOILING ALIVE. 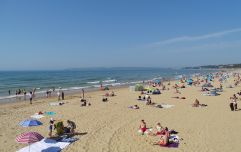 END_OF_DOCUMENT_TOKEN_TO_BE_REPLACED

Warm out, isn't it? But who's feeling this heat more than most? Mums, that's who.

As we've learned, Mums love sending texts. Any noticeable change in the weather is likely to spur on a mass influx of messages detailing your Mum's every frantic thought.

Given that we're right in the middle of a heatwave at present, your Mum has probably already sent these. If not, they're en route.

The first day of a heatwave is when Mum is at her peak. She's scurrying through the wash basket, eyeing up unsuspecting items around the house that are due a clean and nothing in her path is safe. Her rational mind takes some much-needed time off. Mum is gone now, she has been replaced by a softer version, one that jokes about cancelling holidays and is in a permanent good mood. Don't be misled, that's going to change by day two. Stay woke and be vigilant.

Throughout the course of a heatwave, you're going to hear your Mum saying "It's just too warm to cook" roughly 8,000 times. Rather than taking the logical decision to order takeaway, instead, she's going to propose ludicrous dinner options such as boiled eggs, slices of ham, fresh air and a bowl of strawberries. Do not cave. Strive for greatness. Keep putting Dominos menus under the letterbox until she gives in. 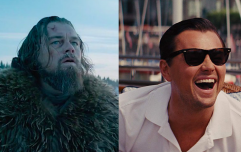 9 indisputable reasons why winter is better than summer

END_OF_DOCUMENT_TOKEN_TO_BE_REPLACED

Everyone's struggling to sleep during the heatwave, but none more so that Mum. She's thrilled to be able to get clothes both washed and dried in the same day, but her workload has doubled with the increase in bedsheets and disposable clothes requiring a thorough wash. She'll pull a reference right from the back of her mind and dangle it in front of your sweaty face to emphasise the point. Yeah, she saw An Inconvenient Truth by accident one night when she thought Corrie was on. She is an educated woman. Deal with it.

Now that we've actually been advised not to go outdoors, be prepared for Mum to go ham on proceedings. She's going to use her ever-ageing body as an excuse, as well as that time you forgot to pick up your brother from school. Regardless of the fact that it's equally as dangerous for you to be out and about lugging a 6-pack of sparkling water home from the supermarket in thirty degree heat, you'll end up doing it because the grief won't be worth it otherwise.

Hear me out on this one. Sometimes, I think Mums text about the dog as a means of a) piquing your interest but also b) to shove their opinions onto the dog. Little Charlie isn't aware of a hosepipe ban, nor does he particularly care. Mum just wants to let you know that she is struggling in the heat, as well as adhering to the regulations that the government has put in place. She'll soften the exchange with a dumb joke Dad probably told her, by which point you've already gotten the hint: Mum is warm.

Best of luck trying to construct a response to this message other than 'LOOOOOOL' because that's a tough card to be dealt with on a sweaty Monday evening. There's always been conflict between Mum and the neighbours, ever since they built the "unnecessary extension that blocks the evening light coming into the garden". Mum doesn't suffer fools, especially not ones that are living right under her nose. Credit where it's due though, that's a brave move from next door. The war rages on.

You haven't lived at home for six years, but Mum still has the presence of mind to know that she needs to consult someone before she makes such a lavish purchase as a paddling pool for £60. Your brother will tell her she's lost the plot and Dad will go off on one, so the buck has stopped with lucky old you. The reality of the situation is that the lovely sales assistant in Aldi has already helped Mum lug this unnecessary purchase into the boot of her car. This text is merely damage control. Enjoy your new pool.

It's thirty degrees outside. Regardless of there being a downpour scheduled, your body cannot tolerate any unnecessary layers. If it rains, you'll get bloody well soaked and what's more, you'll enjoy it. Mum doesn't care that you're going to get drenched. She just wants you to know that she's got some kind of insider knowledge that you haven't got access to. That's right, Mum has discovered the weather app on her phone, which is telling her (and only her) that there's a 10% chance of rain at midnight. Thanks for the tip, MacGyver.

For context, your brother tried vegetarianism for a week approximately seven years ago, but it hasn't grown old in your household. He still falls victim to every meat joke known to man, regardless of whether it's funny or not. He's firmly back on the meat wagon again, but that doesn't stop Dad from proudly delivering him a plate with an entire head of broccoli on it every year when you sit down for Christmas dinner. Bunch of comedians in your family, what a hoot!

Mum overheard half a conversation in the Post Office and has now appointed herself as the town crier. You're the sixth person she's text and four of those people live in a different country entirely. In this insight into the psychology of a Mum, she's revealed her ever-present disdain for "low life teens" and fear of roads melting. The roads aren't melting, the bush fire is 10km away and it's very much under control. Regardless, Mum has your best interests at heart and fancies herself as a news reader or at the very least, a correspondent.

She's been on "the vino" since 5pm and Mum has finally realised that book club is long overdue taking a back seat in her hectic life. She's sprawled on a blanket out the back happy as a pig in shit, the last thing she wants is to sit listening to Lairy Linda waffle on about how Jodi Picoult always packs too much complexities into her characters rather than focussing on one standout trait and using that to steer the plot. Unfortunately for Mum, her chubby Rosé fingers have sent the text to you by mistake. Busted.

Hello darkness my old friend. The inevitable has arrived. Mum has decided that enough is enough. She's finished with the sun. Warm weather is garbage in her eyes. Mum can only fool herself for so long. At her very core, Mum loves rain, clouds and the inevitable misery that comes with it. The above breaking news item will come roughly three days into the heatwave. Prepare yourself mentally for an onslaught of similar messages until the sweet release of winter comes. Congratulations, you've survived another heatwave.

popular
Harrowing video shows teen blasted in the face with shotgun - and survive
Jurgen Klopp riled by line of questioning in pre-match Everton interview
Scotland international rugby star Siobhan Cattigan dies aged 26
Woman wins millions after suing mum's GP for allowing her to be born
Mum accidentally lists baby for sale and says she needs it 'gone today'
Elon Musk shares 'evidence' we are actually living in a simulation
Terrifying footage shows drunk woman who fell asleep at the wheel speed off at 100mph
You may also like
News
Tokyo Olympics: Italy's Lamont Marcell Jacobs wins shock gold in 100m final
Fitness & Health
Americans are mocking the British 'heatwave' after realising how hot it really is
News
Aldi's £40 BBQ pizza oven is back just in time for summer
Comedy
People are now fighting over the correct name for an iced lolly
Quiz
QUIZ: Can you identify the ice lolly that's in black and white?
Next Page