End of life 'suicide capsule' machine gets approval in Switzerland

Users will be able to activate the machine with the press of a button...

A 'suicide capsule' machine has finally been approved for use in Switzerland, making it easier for people to die after an extensive psychological test.

Former doctor Philip Nitschke, the founder of the pro-euthanasia group Exit International, recently got approval for his landmark machine.

Patients in Switzerland usually have to undergo an evaluation to establish whether or not they are of sound mind before being euthanised. From here, medical professionals then inject sodium pentobarbital, making the patient lose consciousness and eventually die. 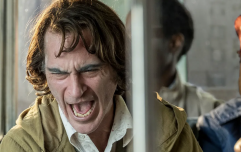 END_OF_DOCUMENT_TOKEN_TO_BE_REPLACED

He told news outlet Swiss-Info: "The person will get into the capsule and lie down. It's very comfortable. They will be asked a number of questions and when they have answered, they may press the button inside the capsule activating the mechanism in their own time.

"The capsule is sitting on a piece of equipment that will flood the interior with nitrogen, rapidly reducing the oxygen level to 1 per cent from 21 per cent.

"The person will feel a little disoriented and may feel slightly euphoric before they lose consciousness. The whole thing takes about 30 seconds.

END_OF_DOCUMENT_TOKEN_TO_BE_REPLACED

"Death takes place through hypoxia and hypocapnia, oxygen and carbon dioxide deprivation, respectively. There is no panic, no choking feeling."

The inventor says that people's last moments will be happy due to a nitrogen induced euphoria.

Nitschke's ultimate aim is to de-medicalise the process of dying, which would involve removing the psych evaluation. However, he also believes that people should have a greater role in their death, hence why it's the patient's job to press the button.

"Naturally there is a lot of scepticism, especially on the part of psychiatrists," he said.

"But our original conceptual idea is that the person would do an online test and receive a code to access the Sarco."

Now that there are no legal hurdles, Nitschke hopes to get one of his designs into Switzerland.

popular
Incredible case of the only known individual whose parents were two different species
TikTokers are utterly convinced there is a secret zombie apocalypse going on in China right now
Pop Idol star Darius Danesh found dead aged 41
Darius Danesh opened up about his health struggles before his tragic death aged 41
Jamie Foxx and Snoop Dogg's vampire movie surges to the top of Netflix charts
People are sharing 'evidence' that history's biggest event was staged by humans
Brits who snore could get £156 in DWP benefits every week
You may also like
Sport
Why England players have no names on shirts against Switzerland
News
Petition to deport Putin's 'lover' out of Switzerland is heating up after 63,000 signatures
Sport
England vs Switzerland: TV channel, team news and kick-off time
News
Vladimir Putin hiding lover Alina Kabaeva and their kids in Switzerland
News
Prince Andrew 'to sell £17m Swiss chalet to cover cost of sex abuse case'
Next Page