The best and worst Barcelona transfers of the last five years

'More than a club' they say. They certainly spend more

For all the talk of the frivolous spending of the two Manchester teams and indeed, their historic La Liga rivals Real Madrid, it is Barcelona who have blown everyone out the water in terms of total transfer spending over the course of the last five years.

With the signing of Antoine Griezmann on Friday, complete with the now seemingly customary ridiculous video (this one is of Grizi getting very philosophical about the notion of 'second chances'), Barcelona have now spent €1 billion on transfers over the last five years.

✌️ Life is all about second chances. pic.twitter.com/5ArFiaP2ht

With that in mind, let's revisit the top three hits, and of course, the top three misses, in terms of their transfer activity during that period.

Yes, Philippe Coutinho is here. Of course he is. How could he not be?

END_OF_DOCUMENT_TOKEN_TO_BE_REPLACED

Bought for €34 million (£30m) in 2015, Arda Turan is, remarkably, still on Barcelona's books. After not playing a single game (!!!) during the 17/18 season, the Turkish attacking midfielder was sent out on loan to İstanbul Başakşehir for two and a half seasons - basically exiled until his contract expired.

So far he's scored two goals in a season and a half in the Turkish Super League and earned himself a 10-match ban for pushing an assistant referee back in May. Yeah... yeah.

He did, however, have one fleeting moment of triumph in a Barca shirt, scoring a hat-trick against Borussia Monchengladbach and joining the rather illustrious company of Messi, Ronaldinho, Rivaldo, Eto'o and Neymar as the only Barcelona players to net three times in a single game in the Champions League.

That'll be a great quiz question one day, I'm certain of it. 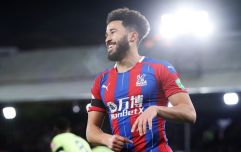 END_OF_DOCUMENT_TOKEN_TO_BE_REPLACED

I would describe Jérémy Mathieu's stint at Barcelona like this: Mostly fine, occasionally calamitous. He had a wand of a left peg and scored two crucial goals in his first La Liga campaign, but other than that, Mathieu was quite clearly out of his depth in the Barca starting XI.

He was painfully slow, physically weak (despite his height) and watching him play that infamous Barcelona high-line resembled watching a dog that's never swam before being chucked into a fast-moving river.

The main reason the signing makes the list, though, is because he was 30 years old when Barcelona bought him for the not inconsiderable fee of €20 million (£18m). And that's baffling whichever way you look at it. I mean, at least Kevin-Prince Boateng was cheap.

Despite the occasional, trademark, cut in from the left, edge-of-the-box screamer, Coutinho has had a fairly tough time of it at the Nou Camp so far. Barcelona now, reportedly, already want to sell the player who they signed for a club-record £130 million fee in January of 2018, money that was promptly gobbled up by Liverpool and spent on the rather more successful acquisition of a certain Virgil van Dijk. Apparently nobody bar PSG is interested.

Ousmane Dembele and Malcom are two other extremely talented attackers signed for big sums (Dembele more than Malcom) who have yet to truly hit the ground running at Barcelona, but Coutinho makes the list over them simply because a) he cost more, b) is a good few years older than both, and therefore, c), has far less resale value at this point and can only be moved if Barcelona are willing to take a massive loss on the investment.


Oh, and I almost forgot, there's d). Liverpool seem to be doing alright without him.

Signed from Brazilian side Gremio for €31 million (£27.8m) in 2018, Arthur already looks every bit the quintessential Barcelona midfielder. Intelligent, composed and - obviously - wonderful on the ball, the comparisons to former stalwarts Xavi and Iniesta are, for once, justified.

He has also firmly established himself in the Brazilian first XI, starting all but one game during their victorious Copa America campaign this summer, and looks set to keep Barcelona's midfield ticking over alongside the newly acquired Frenkie De Jong from Ajax for many, many years to come.

Barcelona bought the German stopper for just €12 million (£9.7m) in May 2014, an absolute snip considering that ter Stegen is now, comfortably, one of the top five goalkeepers in the world at the moment of writing. Imposing in one-on-ones, calm and precise with the ball at his feet, a must for any modern goalkeeper worth his salt, ter Stegen was named, along with Liverpool's Alisson, as one of the two goalkeepers in the Champions League squad of the tournament last season.

He's still only 27 and given how consistent he has been for the Catalan giants, along with how little he actually cost right before the market for World-Class sweeper-keepers went fucking bonkers, he could well go down as one of the most astute signings the club have ever made.

Ivan Rakitić is extremely unfortunate not to make the top three but in the end it was impossible not to go for Luis Suarez. Whatever you think of the Uruguayan's obviously questionable character, the numbers speak for themselves. 177 goals in 247 games, 96 assists and 13 trophies including four league titles, four Spanish Cups and the Champions League. Yeesh.

Sure, he may have cost €82.3 million (£65m) and sure, he is a dickhead, but he has done it all since arriving at the Nou Camp, including acting as the perfect false-nine foil alongside Lionel Messi. And that's harder than it sounds - just ask every striker to play for the Argentinian national team over the last few years.

Antoine Griezmann has a lot of pressure on his shoulders following his €120 million move and not just because of the fee. The pressure comes from Luis Suarez already having made it all look so easy before him.


popular
The JOE Friday Pub Quiz: Week 184
The big JOE quiz - guess the emoji footballer
The JOE Friday Pub Quiz: Week 183
FM20: The Premier League manager mix-up
PlayStation and Xbox users will now be able to play against each other online
A definitive ranking of every swear word from worst to best
QUIZ: The hardest Gavin & Stacey quiz you'll ever take