Another Premier League game, another set of Manchester United players queuing up not to play in the F.A Cup final.

END_OF_DOCUMENT_TOKEN_TO_BE_REPLACED

Shorn of Romelu Lukaku and Alexis Sanchez, United lost limply to a Brighton side that ensured their league survival with a well deserved 1-0 win.

United played a front three of Anthony Martial, Marcus Rashford and Juan Mata but they rarely threatened Matt Ryan in the Brighton goal. The closest United came to scoring was a Paul Pogba shot and Marouane Fellaini poking home a Rashford free that was then ruled out for offside.

Pascal Gross headed the winner for the hosts that was given thanks to goal-line technology after it looked, to the naked eye at least, that Marcos Rojo had made a vital clearance.

Chris Hughton's men were once again indebted to the defensive pairing of Lewis Dunk and Shane Duffy. While Dunk often found himself marking Fellaini at set-pieces, Duffy was tasked with shutting down Rashford. 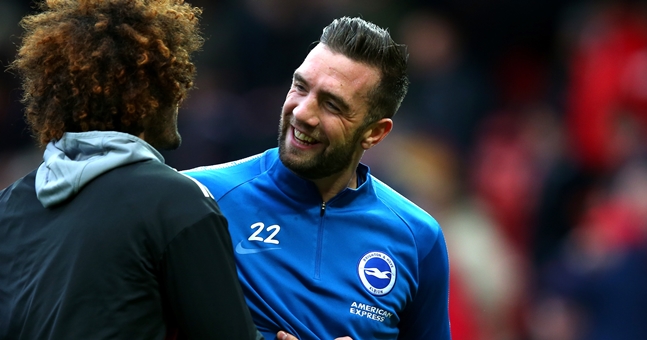 END_OF_DOCUMENT_TOKEN_TO_BE_REPLACED

The young United forward nut-megged the Ireland defender to win an early free and then robbed him of position, out wide, when he took a heavy touch. Rashford squandered his good work by failing to square for the umarked Martial on the penalty spot.

Duffy went into the game holding the record of headed clearances in the Premier League - 215. By full-time, Duffy had improved that to 221 with another six aerial winners.

In total, with shots blocked and tackles, Duffy has now made 308 clearances. He is 62 clear of his nearest rival, Ahmed Hegazi of West Brom. Incredible stuff.

END_OF_DOCUMENT_TOKEN_TO_BE_REPLACED

Earlier this season, against West Ham, Duffy logged some incredible stats for one game. The 26-year-old made 11 clearances, three blocks of goal-bound efforts and winning his three aerial battles against The Hammers.

United raged back in the closing stages but only Jesse Lingard was able to eek out a meaningful chance, which he then skewed wide.

The final play of the game saw United toss two chipped balls into the box in a desperate attempt to gain even a point. Duffy cleared on, Dunk the other.