Mauricio Pochettino set to be announced as the new PSG manager 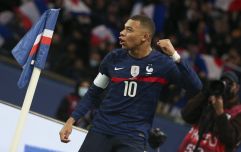 END_OF_DOCUMENT_TOKEN_TO_BE_REPLACED

Previous PSG boss Thomas Tuchel was sacked by the French club on Thursday morning. PSG are currently third in Ligue 1, a point behind both Lyon and Lille.

Infosport report that Pochettino will have an 18-month contract at the club, with a one-year extension if PSG qualifies for the Champions League.

Paris Saint-Germain are set to play Barcelona in the last 16 of the Champions League in February. If all goes to plan, Pochettino will rekindle his rivalry with Barca from his Espanyol days, and Neymar will also want to make an impact against his old club.

Mauricio Pochettino also played for PSG, making 70 appearances for the Paris side between 2001 and 2003.

Pochettino started his managerial career at Espanyol, the club he made over 250 appearances for as a player, over two spells. 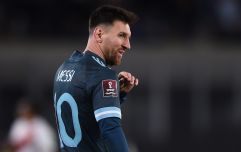 END_OF_DOCUMENT_TOKEN_TO_BE_REPLACED

The Argentinian took over Southampton after 2013, after three years at Espanyol, replacing from Nigel Adkins. He was only the second Argentian manager in English football, after Osvaldo Ardiles.

Pochettino took the Saints to eighth in the Premier League in his first full season in charge.

He was then appointed head coach of Tottenham Hotspur in May 2014. In his first season, he took Spurs to the League Cup final, but lost to Chelsea 2-0.

His Tottenham side was in contention to win the 2015-16 Premeir League, but a 2-2 draw with Chelsea in May sealed the title for Leicester City.

He also took Tottenham to their first-ever Champions League final in 2019, following Lucas Moura's memorable second-half hat trick against Ajax, though they would lose the final to Liverpool.

Mauricio Pochettino was dismissed by Tottenham in November 2019, with the side languishing 14th in the league. Chairman Daniel Levy blamed the team's "extremely disappointing" domestic form for the decision.

popular
Mark Clattenburg explains why Emile Smith Rowe's goal vs Man Utd was given
Arsenal score bizarre goal against Man Utd with David de Gea down injured
Horrifying footage shows cop fatally shoot man in wheelchair 9 times
Machine Gun Kelly stabbed himself in front of Megan Fox to look cool
Frank Lampard admits he 'felt terrible' over comments he made about Paul Pogba
Arthur Labinjo-Hughes: Dad and partner found guilty of killing boy who was tortured and starved
Prince Andrew 'flew with sex slave' who was 'frozen with fear', court told
You may also like
Sport
PSG chiefs reportedly 'worried' about the lack of French being spoken in the dressing room
Sport
Gini Wijnaldum admits he's "not completely happy" at PSG following Liverpool move
Sport
Florentino Perez hints Kylian Mbappe could sign for Real Madrid in January
Sport
Kylian Mbappe admits he called Neymar a 'bum' during rant after being subbed
Sport
Kylian Mbappe accuses PSG of making him 'feel like a thief'
Next Page