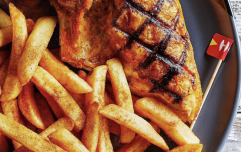 END_OF_DOCUMENT_TOKEN_TO_BE_REPLACED

The Shadow Minister for Women and Equalities, who is the daughter of Jamaican immigrants, tweeted yesterday saying: "I'm just wondering do you know what Jamaican jerk actually is?

"It's not just a word you put before stuff to sell products."

"Your jerk rice is not ok. This appropriation from Jamaica needs to stop."

#jamieoliver @jamieoliver #jerk I'm just wondering do you know what #Jamaican #jerk actually is? It's not just a word you put before stuff to sell products. @levirootsmusic should do a masterclass. Your jerk Rice is not ok. This appropriation from Jamaica needs to stop.

It comes after Oliver was widely accused of not staying true to the traditional Jamaican recipe for the newly launched product, prompting a backlash on social media. Jerk sauce is traditionally used to marinate meat rather than to add flavour to carbs.

The packet reads: “Jamie Oliver Punchy Jerk Rice”, while a description of the product details: “Brown Rice and Red Kidney Beans with Aubergine and Bell Peppers in Coconut Jerk-Style Sauce". 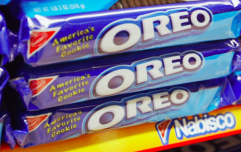 END_OF_DOCUMENT_TOKEN_TO_BE_REPLACED

Responding on social media, one user wrote: "On what planet can "garlic, ginger and jalapenos" be described as "Jerk"?

"I've made jerk marinade, and the only ingredient of those three that I used - following about half a dozen different recipes for reference - was garlic. It had scotch bonnet pepper, soy sauce, lime zest (you can also use juice), brown sugar and thyme," they added.

"It's like stamping a Union Jack on "traditional fish and chips" except the fish is a salmon en croute and the chips are crisps."

Another wrote: "There's no such thing as jerk rice apart from what Jamie Oliver has concocted. That's her point. Anybody from any nationality can eat anything they want, there are just some dishes that are best left alone and enjoyed how they're supposed to be made."

Jamie has yet to respond to the criticism on social media.