Deliveroo are rewarding fans throughout the football

Brought to you by Deliveroo

Here’s how you can get some free food 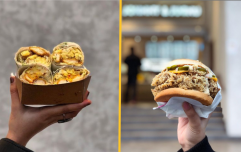 END_OF_DOCUMENT_TOKEN_TO_BE_REPLACED

Deliveroo are on a mission: to stop the intervention of VAR being a lull in the action of a game. That's why this summer they will be rewarding fans adding to the match day experience with amazing giveaways via FootballJOE’s Twitter.

Whether you're supporting the Three Lions, backing the Tartan Army or cheering on the Dragons, a VAR intervention can really kill the emotion of a goal or even worse, completely overturn a decisive moment.

But with Deliveroo you can still be a winner.

When there is a VAR call during a game involving the home nations, fans will be in with a chance to win one of 10 £20 vouchers by replying to the relevant tweet on FootballJOE's Twitter page.

VAR causes a lull in the games and is often a negative experience, which is why Deliveroo have selected these moments during the home nations games to turn it into a positive.

And with food, you can support whoever you want. You don't have to stick to the traditional British dishes when it comes to a takeaway. It doesn't need to be fish and chips, Irn-Bru or Welsh rarebit. No one will judge if you decide to treat yourself to a pizza during Italy vs Wales whilst cheering on Gareth Bale's men for example.

You could go pasta, kebab, bratwurst. Maybe even venture out of Europe and treat yourself to a chow mein or a katsu curry. 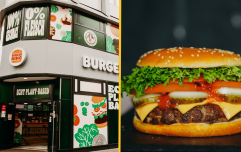 END_OF_DOCUMENT_TOKEN_TO_BE_REPLACED

So whilst the vast majority of us will be watching these games from home (none of the "don't take me home" chants this year), you could win the opportunity to pick the culinary destination of your choosing when Mr VAR rears his head.

To be in with a chance of winning, all you need to do reply to the relevant tweet on the FootballJOE Twitter account with either #EnglandTilWeDine, #ScotlandTilWeDine or #WalesTilWeDine.

Don't be downhearted if it goes to VAR, because there could be a chance for you to win. And unlike any VAR heartbreak, the food will be easy to swallow.