There's probably a fairly good chance that you're using the new year as a chance to work on your fitness, just like you did last year. And the year before.

You've read our gym newbie guide (and if you haven't, get on it now), but after the initial enthusiasm dies down you might be wondering whether, actually, all that gym stuff might be a bit pricey.

That's especially true of anyone feeling the pinch after spending quite a bit over Christmas and New Year. In other words, almost literally everyone.

But it turns out the cost of all of this varies hugely depending on where in the UK you live.


MyVoucherCodes have crunched the numbers to work out the cheapest and most expensive of the UK's 20 most populous cities when it comes to the things you're most likely to need when you embark on that fitness drive. 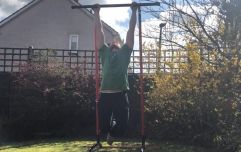 END_OF_DOCUMENT_TOKEN_TO_BE_REPLACED

Similarly, a pair of 'mid-market' running shoes will set you back more than £60 in Bristol, Glasgow and London - the three priciest cities respectively - but just £41.67 in Bradford and £50 or under in both Hull and Nottingham.

However, the tables are turned when it comes to staying hydrated, with Bradford the most expensive city for bottled water (£1.50) and London (89p) among the cheapest.

As for healthy eating, the three cities where it costs the most to get your five-a-day are Belfast (£8.80), Glasgow (£8.45) and Edinburgh (£8), while Sheffield, Leeds and Bristol are all a full £2 cheaper than the Northern Irish capital.