Roman Reigns is set to return to WWE screens this week. He hasn't competed since April, due to concerns surrounding COVID-19 and the birth of his two sons.

Now, he is set to make a return by appearing on WWE Network exclusive The R-Truth Game Show. It is not known when Reigns will be making a return to in-ring action, but one thing's for sure - he'll come back in the shape of his life.

The 35-year-old superstar has been following a workout programme devised by his personal trainer, bodybuilding coach Neil 'Yoda' Hill.

Shoulders week 1 #Y3T. Seated Side Laterals, Rep range 12-16. Definitely getting stronger and building muscle but not quite where I want to be. The grind continues as I follow this fitness Journey/Lifestyle. Hope this finds everyone well and in good health. Shout out to Coach @neil_yoda_hill1 , wishing u a speedy recovery my friend! Stay safe and God bless! 🤙🏽.

Speaking exclusively to JOE, Hill said Reigns is one of the most naturally-gifted athletes he's ever trained, but that is not without its own challenges.


"He has to be very diverse when he steps into that ring. The way he performs is not like a typical bodybuilder." 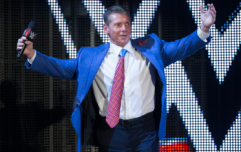 END_OF_DOCUMENT_TOKEN_TO_BE_REPLACED

Hill trains bodybuilders such as Flex Lewis and William Bonac, competitors for whom the onus is on aesthetics - how muscular you look on stage.

For a WWE superstar like Reigns, looking good isn't enough. Coordination and athleticism are equally important. This means Reigns must integrate agility and plyometric exercises on top of his muscle-building basics.

Roman Reigns at a WWE Live event at ISS Dome on February 22, 2017 in Duesseldorf, Germany. (Photo by Lukas Schulze/Bongarts/Getty Images)

Roman Reigns follows a workout plan called Y3T, which trainer Hill conceptualised whilst a bodybuilder himself. Y3T is a three-dimensional training plan designed to build muscle while limiting the risk of injury.

"On paper, it's a three-week cycle", Hill said.


"In theory, week one is 6-12 repetitions, focusing primarily on compound movements." 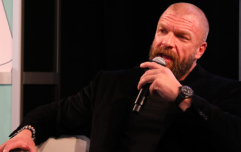 END_OF_DOCUMENT_TOKEN_TO_BE_REPLACED

Compound lifts are exercises that work multiple muscles at once such as the bench press, squat and deadlift.

Week two of Y3T sees a combination of compound and isolation exercises being used. Isolation lifts - such as the bicep curl - target one specific muscle at a time, and work from one joint only.

For week three, the rep range is bumped up even higher. Isolation exercises take precedence over compounds.

Hill designed the plan in such a way as to maximise muscle growth, while fending off stress placed on joints, ligaments and tendons.


Week one is heavy and strength-based, whereas weeks two and three involve a combination of strength and muscle endurance. With week four, the focus geared towards muscle endurance, based primarily on isolation exercises.

Back Day. Working on my rest pauses that I learned training with @neil_yoda_hill1 over at @flex_lewis ‘s @the_dragons_lair gym, love this technique to really push myself to hit those last few reps, safely and effectively. No matter what happens with this craziness, I will be ready to perform at the highest level when the #BigFight calls my number. 🤙🏽 Oh yea,.. wash your hands and stop touching faces. 😉. Be safe, Y’all. #teamy3t

You might be surprised to see Reigns beginning his workouts with an isolation exercise, and not the main, heavy compound lift. This is an advanced bodybuilding technique called pre-exhaust, and Hill says it is vital in fending off injury.

"He won't be as strong on squats by doing leg extensions first", Hill says.

"But you know all that heavy stress and load from the main lift? That is going to go directly to his target muscle group - not the joints, ligaments and tendons we are trying to protect."

This approach is specific to Reigns as a WWE superstar. Getting slammed into a wrestling ring means he needs to be extra careful of impact on connective tissue, particularly important when compared to a bodybuilder or weightlifter.

Hill concludes: "When Roman steps back into that ring, you're gonna see a different athlete - and a different f***ing beast."