The Jason Statham workout for strength and fat loss

One of the most notable faces in the action movie industry, Jason Statham is no stranger to the gym

The Snatch and Crank actor is renowned for a strong foundation of fitness, and actually competed for England in the Commonwealth Games as a diver before his foray into the film world.

For enhanced strength and fat loss, follow in his footsteps with this full-body workout plan.

Chins are a fantastic exercise for adding upper body mass in general. In addition to working your lats and biceps you'll also build strong forearms.

Gymnastic rings add an extra element of difficulty. You aren't pulling yourself up to a stable bar, and the unfixed nature of the rings recruits a whole load of muscle fibres that may have previously gone untested. 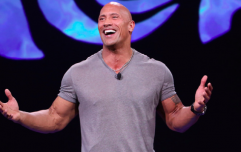 END_OF_DOCUMENT_TOKEN_TO_BE_REPLACED

This is the ultimate strength and conditioning exercise, demanding muscle strength, endurance and lungs of steel. It's brutal, but the rewards are entirely justified.

In addition to melting body fat and burning a shed load of calories, the prowler push is a great builder of the muscles in your posterior chain: think quads, glutes, hamstrings and calves.

To work your core, the impulse may be to perform endless amounts of sit-ups and crunches. These are fine, but the abdominals are best engaged through bracing.

Movements that require stability and tension are best, and you'd go far to find a better test than the L-Sit Hold.

Keeping your chest upright and back straight, straighten your legs out in front of you. The burn you'll experience through the midsection is phenomenal.

Rowing machines are an integral part of any fat loss fitness plan due to their adjustable resistance and activity monitor.

The Concept 2 rower used by Statham is among the best out there, allowing you to track pace and duration, calories burned and metres covered.

Begin your row with a 60-second warm up at steady pace. Then comes the sweat-drenching HIIT section.