A criminal complaint has been filed against the TikTok star

TikTok content creators have been accused of starting forest fires for clout in what officials branded a "disturbing & disastrous trend". 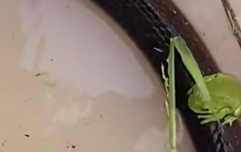 END_OF_DOCUMENT_TOKEN_TO_BE_REPLACED

TikTok stars from Pakistan are coming under fire amid reports blazes are being lit to gain views. The allegations started after @DollyOfficiall posted a video to her 11.5m followers that showed her walking down a hill in Margalla Hills National Park, Islamabad, in a formal gown with a fire raging in the background.

"Fire erupts wherever I am," she captioned the video. The TikTok has since been taken down despite Dolly maintaining that she did not start the fire.

This is a disturbing & disastrous trend on Tik Tok! Young people desperate 4 followers are setting fire to our forests during this hot & dry season! In Australia it is lifetime imprisonment for those who start wildfires. We need to introduce similar legislation ⁦@WildlifeBoard pic.twitter.com/RGMXnbG9f1 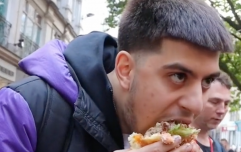 END_OF_DOCUMENT_TOKEN_TO_BE_REPLACED

"This is a disturbing & disastrous trend on Tik Tok!" she wrote. "Young people desperate 4 followers are setting fire to our forests during this hot & dry season! In Australia, it is lifetime imprisonment for those who start wildfires. We need to introduce similar legislation ⁦@WildlifeBoard."

A police report filed by Ijaz ul Hassan, the deputy director of the Islamabad Capital Development Authority outlines how the "area is part of Margalla Hills National Park which has reported multiple incidents of wildfires recently which damaged the ecosystem".

A) @TikTokSupport should BAN THESE PEOPLE.
B) Put these people in jail for destruction of public property, reckless endangerment, destruction of natural capital of this country. They must not be spared!
C) Legislate! @ICT_Police @dcislamabad please find these people! https://t.co/6myepVbuH9 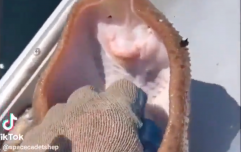 Stingray ‘laughing’ while being tickled in viral TikTok is actually ‘suffocating to death,’ say experts

END_OF_DOCUMENT_TOKEN_TO_BE_REPLACED

A spokesperson from TikTok told the Independent: "Any content that promotes dangerous or illegal behavior would be a violation of our Community Guidelines and is not allowed on our platform.

"We work to either remove, limit or label content that depicts dangerous or illegal acts."

The spokesperson added: "We remain vigilant in our commitment to user safety and encourage everyone to exercise caution and responsibility in their behavior whether online or off."

This is not the first time content creators in Pakistan have been accused of setting fires, as a man was arrested in the city of Abbottabad for similar crimes earlier in May. According to Unilad, another video showed a couple setting a fire for a video.