There are dirty pints and then there's this...

The Japanese Deputy Prime Minister, Tarō Asō, has been dared to drink the radioactive water surrounding the Fukushima nuclear plant after he said it was to consume. 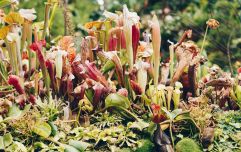 END_OF_DOCUMENT_TOKEN_TO_BE_REPLACED

The power plant suffered major damage following an earthquake and tsunami back in 2011 and, as such, has been riddled with radioactive material ever since. However, after Japan announced they would treat and dilute the water before releasing it back into the Pacific Ocean, China has pushed back.

China’s Foreign Ministry has labelled the decision "extremely irresponsible" and one that could "seriously damage international public health and safety, and the vital interests of people in neighbouring countries".

Asō has maintained that after treatment, the water will be below the levels for acceptable drinking water, which led Chinese Foreign Ministry spokesperson, Zhao Lijian to say: "[they] say it is okay if we drink this water, so then please drink it".

Chinese officials have gone on to remind the Japanese government that 'Chisso-Minamata' - a neurological disease caused by severe mercury poisoning and linked to the Chisso Corporation's chemical factory - was "not that long ago" in relative terms and to release this contaminated water back into the ocean is reckless. 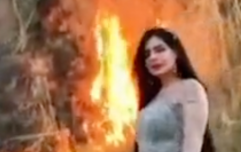 END_OF_DOCUMENT_TOKEN_TO_BE_REPLACED

As recently as 2020, Greenpeace has warned of the potential DNA-changing radiation that remains in Fukushima's waters -releasing it could have significant ramifications not just on people, but natural habitats and wildlife too.

While the party line is that doses of the radiation in question (Carbon-14) are only harmful to humans in large doses and decontamination/dilution will render the water safe to consume, it is easy to see why they are so concerned.