Zeedan's been a bit all over the place as of late what with his ex-wife being around the place with her new girlfriend and Phil suffering a few injuries after being accosted by Zeedan himself.

END_OF_DOCUMENT_TOKEN_TO_BE_REPLACED

The attack on Phil has led to a bit of a messy web of lies involving Zeedan, Rana, and Kate - the latter couple deciding that they're going to play dumb and stick by the restaurant owner when the police start roaming about the cobbles.

Still though, while on the outside it might look like Zeedan's packing it all in because of the incident with Phil, he'll eventually reveal the real reason for his departure.

And it's because he can't face being so close to Rana while she's in a new relationship. 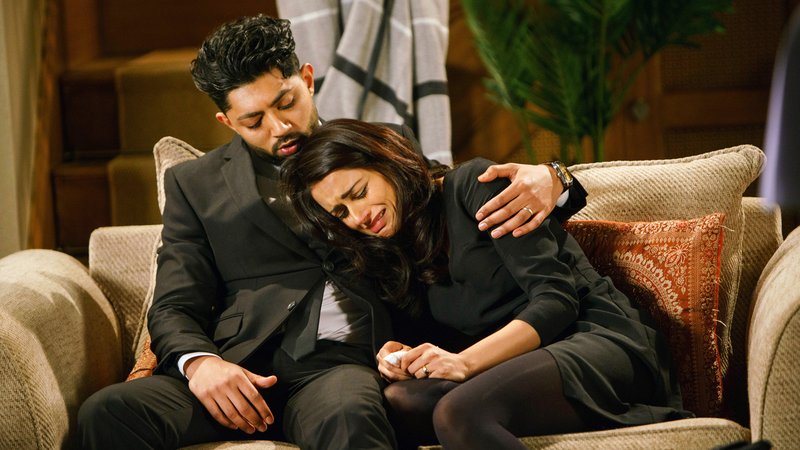 END_OF_DOCUMENT_TOKEN_TO_BE_REPLACED

Zeedan does feel a bit guilty for what happened with Phil in fairness to him - and he is definitely worried about the police knocking about the place - but his main reasons for heading off are all to do with his feelings towards his ex-wife.

Still though, not everything about his departure has been revealed.

We still don't know exactly what way he'll leave things with Rana and the rest of his family.

They'll probably be fairly annoyed that he's opting to give up the restaurant, but will they be annoyed enough not to say goodbye to him when he's heading off?

... And so will Coronation Street next week.

popular
Stranger Things: Spotify will choose which song would save you from Vecna
Tourist dies after losing arm and leg in shark attack at popular resort
Jordan Peterson suspended from Twitter over Elliot Page comment - says he won't apologise
Adele fans have 'mad respect' for her after she stopped her Hyde Park gig to help someone in distress
Threesome sees 60-person brawl break out on cruise ship, says passenger
Woman sells pics of her thumbs on OnlyFans for £4,000
The JOE Friday Pub Quiz: Week 301
You may also like
Entertainment
11 movies we've drastically improved by giving Gail Platt the lead role
Entertainment
12 movies drastically improved by putting Les Battersby in the lead role
Entertainment
Love Island's Hayley Hughes has appeared on television before
Entertainment
Three Coronation Street characters will leave the show next week
Entertainment
Coronation Street character not leaving Weatherfield despite 'exit' airing
Next Page