Kanye West, in his own words, is the 'greatest living artist' - a cultural icon on a comparable level to Beethoven, Picasso, Walt Disney and, er, god.

We're not here today to dispute these characteristically outrageous proclamations from Yeezy, but we would like to bestow upon him a new - slightly more modest but still incredibly important - accolade. 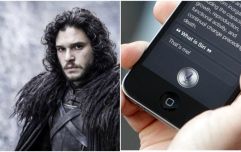 END_OF_DOCUMENT_TOKEN_TO_BE_REPLACED

Kanye West is the best iPhone screensaver you can get.

Granted, the phone screensaver isn't a hotly contested category. Others you regularly come across include tedious inspirational quotes about how to approach life, generic mountain vistas that Apple preinstalled and heavily Snapchat filtered pictures of your girlfriend that she uploaded without your permission and won't let you change.

But the point remains: Kanye West is the best iPhone screensaver you can get. 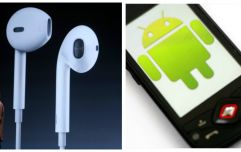 END_OF_DOCUMENT_TOKEN_TO_BE_REPLACED

It was taken at the Yeezy Season 3 event at the beginning of the year and shows Kanye really soaking in the occasion.

The photo alone has become somewhat iconic, but only now has someone realised that there's no better way to receive your iPhone notifications.

this is the best screensaver cos whenever i get a notification, Kanye holds it up for me pic.twitter.com/W3bpDt82MA

END_OF_DOCUMENT_TOKEN_TO_BE_REPLACED

Now, everything your iPhone bothers you about: messages, news headlines, eye-watering contactless card payments and weather forecasts, will be brought to you by Kanye West. He'll never admit it, but this is what the superstar rapper was born to do.

Although he does have competition...

that's cool, I got Drake doing it for me though 🙏🏼 pic.twitter.com/jSOgKvmxqS

popular
Runner finishes last in 400m race as penis keeps falling out of shorts
Inbetweeners star Joe Thomas has been in a relationship with his co-star for over 10 years
Massive piece of Elon Musk's spacecraft lands on farmer's property and could make him very rich
Teacher's sex abuse sentence delayed after she gives birth
Woman almost died during sex when orgasm popped aorta
Karen's Diner apologises after waiter called customer a 'pedo' and an ‘OnlyFans tart’
Tourists left 'squealing' as thousands of venomous crabs invade UK beach
You may also like
Life
Apple forced to pay a man more than $1,000 for not including a full charger with his new iPhone
Uncategorized
iPhone lost for 10 years pulled from toilet after woman hears strange noise
News
Your old iPod could be worth over £20K
News
Pregnant man and biting lip emojis coming to iPhone this week
Life
This genius trick will boost your iPhone battery life
Next Page