Photos have emerged that show he used to be the spitting image of the High School Musical actor in his early 20s.

END_OF_DOCUMENT_TOKEN_TO_BE_REPLACED

On one hand, he's a Hollywood actor - famous for playing roles in Requiem for a Dream, Dallas Buyers Club and Blade Runner 2049 - on the other, a musician, singing lead vocals and playing guitar in Thirty Seconds to Mars.

Not content with keeping his talents focused on the arts, outside the limelight, he's also the owner of a digital marketing company and an animal rights activist.

But, if you thought those array of talents were pretty impressive, prepare to be well and truly blown away by the next revelation from Leto's past.

New photos have emerged that seem to indicate that, in his 20s, Leto actually used to be Zac Efron. 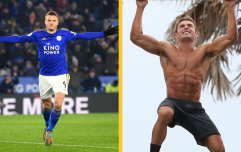 END_OF_DOCUMENT_TOKEN_TO_BE_REPLACED

That's right, I'm being serious here. That photo. That one right above these words. That's apparently Jared Leto, not Zac Efron.

I know what your thinking "WTF that looks exactly like Zac Efron, how could it not be him, it looks nothing like Leto, but loads like Efron". And to be honest, I have no idea what to tell you, because yes, that's exactly how the internet is responding to the picture too. 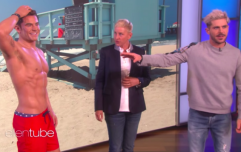 END_OF_DOCUMENT_TOKEN_TO_BE_REPLACED

One Facebook user commented: "Please tell me I'm not the only one who saw Zac Efron at first," while another added: "I thought it was Zac Efron but damn."

A third Facebook user asked: "Wonder if him and the High School Musical guy are related."

For a comparison of the two. Here's a picture of Efron:

Wowza. It's a completely uncanny resemblance. I'm going to lie down. My mind has been blown apart, the pieces meticulously collected and then put in a blender. What is going on?