After several weeks of rumours, BT Sport confirmed on Thursday that from January next year they would be the home of WWE programming in the UK

It is the end of an era for wrestling in the UK. WWE has been a staple of Sky broadcasting since the 1980s. It has been constant fixture of the Sky Sports schedule for as long as many fans can remember.

BT Sport will be the new home of WWE in the UK and Ireland from January 2020.

Anyone who grew up watching wrestling in the late 1990s will have fond memories of Raw airing on a Friday night, four days after the US, in the pre-social media era when spoilers weren’t a problem. Now it airs simultaneously with America, and hardcore devotees stay up to the early hours and stumble into work or school bleary eyed on Tuesday morning, just not to miss the latest badly-scripted Roman Reigns promo.

Even for casual fans, it has always been there. Flipping over during the cricket adverts, or coming on after Monday Night Football, even those who dismissed it as childish or fake would be entranced by the Hardy Boyz jumping off a ladder, or Kane setting things on fire – even if they changed the channel as soon as someone else came in the room.

But the relationship between Sky and WWE has been slowly eroding for a while, like the slow-burn break-up of a well-loved tag-team. The launch of WWE Network in the UK was delayed from October 2014 to January 2015, believed by many to have been caused by Sky’s disapproval. While the flagship Raw and Smackdown broadcasts are subject to a several week delay on the Network, it offers all the main pay-per-view events live for just a £9.99 monthly subscription – considering that Sky Box Office charges around £15 per show, you can see why they aren’t big fans of it. The Network also offers plenty of exclusive, well-received programming like NXT and 205 Live, which to the eyes of many offer a far more enjoyable product than the turgid three-hour Monday Night Raw.

Hilariously, if AEW's deal on ITV4 is true, they'll be in 27m homes...maybe more people will see Kenny Omega than Roman Reigns! https://t.co/5gZbAmTBqh 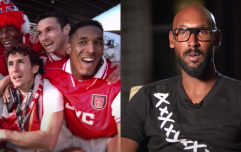 END_OF_DOCUMENT_TOKEN_TO_BE_REPLACED

It also limits WWE’s potential audience in the UK. Some estimates put BT Sport’s subscriber base at just a quarter of Sky Sports. That cut in eyeballs comes at potentially the worst possible time. All Elite Wrestling, the first real competition WWE has had in nearly two decades backed by billionaire Tony Khan, is set to launch its weekly TV show in the autumn. And in the UK, it looks like it is going to air on ITV4 – a channel potentially available to basically every household with a TV in the country. WWE was never bigger in the UK than that brief period when it was on Channel 4, and AEW could be primed to capture that audience again.

WWE moving off Sky after about 30 years! (WWE's UK/Irish TV outlet) I still remember having to get a friend who had Sky Sports to record PPVs, and borrow his tape the next week pic.twitter.com/W7OkiNc721

Still, whatever the future may hold, it won’t be the same. If anything, I think the thing I’ll miss the most was the clumsy cross-promotion, when a visiting superstar on a press tour would be shuffled into the Sky Sports News studio to plug SummerSlam or whatever UK tour they were doing. Zach Ryder or The Miz having to sit there while Natalie Sawyer narrated the League One highlights. Or that wonderful moment where Gerry Francis unveiled John Cena as Spur’s new signing.