Women only showers once a week but says husband doesn't care

A woman has admitted to the world that she only showers once a week, and her husband is apparently completely cool with it. 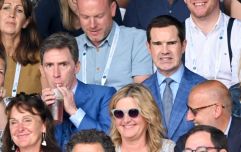 END_OF_DOCUMENT_TOKEN_TO_BE_REPLACED

Reina, who goes by the name @reindrrop on TikTok, sent the internet into meltdown with her video stating that she only showers weekly.

Speaking on one of her videos, she said: "Sunday is a blessed day for me for one reason and one reason only and that is I'm finally going to shower. It's been seven days since I last bathed, so at this point we're gross."

The TikToker explained how she intentionally saves her shower for the day she does cardio exercise, "because it doesn't matter how sweaty and disgusting I get, I'm going to shower right after anyway."

What's more, is that she doesn't even shower at home, but at the gym. 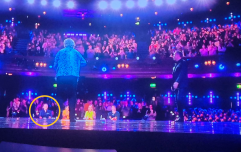 END_OF_DOCUMENT_TOKEN_TO_BE_REPLACED

So, the ultimate question, why does she only shower once a week?

In a follow-up video answering this very question, she said: "I just don't like it." 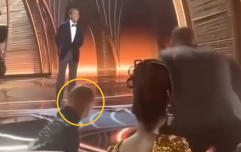 END_OF_DOCUMENT_TOKEN_TO_BE_REPLACED

Reina then delved further into the reasons, which included the "time commitment" involved. Wet hair also gives her the "ick", she said, and she won't use a hairdryer because she doesn't like the sound.

The TikToker noted that her skin is a lot better since she stopped showering as often, and she said she also enjoys saving water and products.

When asked whether her husband minds her only showering every seven days, Reina said no.

Showing her wedding ring, she said: "Does he mind it enough to get the government involved to separate us? I hope not..."

popular
Neil Patrick Harris apologises for graphic Amy Winehouse post about her death
Megan Fox reveals she 'cut a hole in the crotch' of her jumpsuit to have sex with Machine Gun Kelly
Amber Heard carried a make-up kit 'at all times' to cover bruises, court hears
Martin Skrtel retires from football due to health reasons
Tory MP arrested on suspicion of rape and sexual assault offences over seven-year period
UK’s Sam Ryder may have actually come third amid possible Eurovision voting scandal
Wagatha Christie: Wayne Rooney describes 'awkward' moment he asked Jamie Vardy to get his wife to 'calm down'
You may also like
Life
Genius lettuce hack 'puts people to sleep in seconds' - and people swear by it
Social Media
Man regrets buying cockatoo after it sings one heavy metal song repeatedly
Life
Horror as couple electrocuted to death doing dangerous viral Tiktok
Social Media
Woman opens iPhone with nothing but her own spit
Life
'Professional baby namer' charges parents $10K to name kids
Next Page