Will Smith resigns from the Academy following Chris Rock slap

Will Smith has resigned from the Academy following his explosive reaction to Chris Rock's joke about his wife, Jada Pinkett Smith. 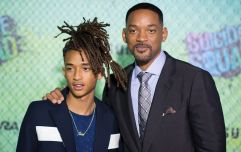 END_OF_DOCUMENT_TOKEN_TO_BE_REPLACED

Less than a week after Will Smith, 53, took to the Oscars stage to smack Chris Rock, 57, the i Robot actor has said he "betrayed the trust of the Academy", reports the BBC.

"My actions at the 94th Academy Awards presentation were shocking, painful, and inexcusable," his statement said. The Academy has confirmed that they have accepted the resignation and will "continue to move forward" with the disciplinary process

Shouldn't let the Door SMACK him in his ... https://t.co/CP0szdjQI5 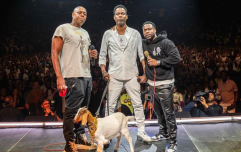 END_OF_DOCUMENT_TOKEN_TO_BE_REPLACED

"The list of those I have hurt is long and includes Chris, his family, many of my dear friends and loved ones, all those in attendance, and global audiences at home," Smith said on Friday. "I betrayed the trust of the Academy. I deprived other nominees and winners of their opportunity to celebrate and be celebrated for their extraordinary work. I am heartbroken."

He added: "I want to put the focus back on those who deserve attention for their achievements and allow the Academy to get back to the incredible work it does to support creativity and artistry in film."

Oscars producer Will Packer told Good Morning America that he believed it was a practical joke at first.

END_OF_DOCUMENT_TOKEN_TO_BE_REPLACED

"I thought this was part of something that Chris and Will were doing on their own, I thought it was a bit… like everybody else, I knew we hadn't practised it," he said. "I wasn't concerned at all (as Smith was walking on the stage). I figured OK, he's going to say something or come at him, something funny is going to happen because that's the nature of Chris and that's the nature of Will, so let's see what happens.

"Once I saw Will yelling at the stage with such vitriol my heart dropped and I just remember thinking 'Oh no, not like this'."