However, his blind date Kate wasn't as easy to win over, and she ended up turning him down after he told her he was a recovering drug addict. 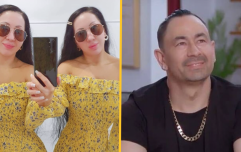 END_OF_DOCUMENT_TOKEN_TO_BE_REPLACED

It was a painful to watch Danny being rejected for being so upfront and honest about his past and his problems, but it seems Kate isn't on her own in how she reacted to the revelation.

We spoke to Danny, who is currently in Spain, about what it's like out there in the dating world as an unashamed recovering addict, and what his advice is for anyone else in a similar situation to him.

JOE: How long have you been clean?

Danny: It's just over three-and-a-half years now. I've had one relationship in that time that lasted for about 18 months.

In your episode of First Dates, were you reluctant to talk about your past? 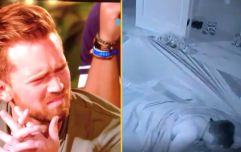 END_OF_DOCUMENT_TOKEN_TO_BE_REPLACED

I was reluctant to bring it up, but it came up in my interview about my not drinking. They asked if it was a lifestyle choice, and I said it was, because that's actually the truth now. But then we got into it a little more about my not drinking. I used to be ashamed, I genuinely did, but it's something I'm proud of now.

But you you understand why some people would choose not to talk about that, especially on a first date?

Absolutely, but at the same time, I tell people generally as a rule because I want someone to know who I am. I don't want to get into a situation where we're at a bar and they suggest we do a shot. I could get around that once by saying I was driving, but it might come up again, and it gets harder and harder to explain or dodge things if you're not being honest. So I just throw it out there. It's just lie upon lie otherwise.

Was Kate's reaction on the show fairly typical? 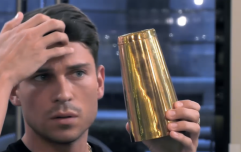 END_OF_DOCUMENT_TOKEN_TO_BE_REPLACED

You seemed quite hurt by the rejection on the show...

It was just disappointing to get the exact same reaction as I usually do. I was pretty sure it was going to happen, to be honest.

Does it ever get easier?

It always hurts, whether you like someone or not. It's not nice, is it, to be judged on that? I don't think it will get any easier as more time passes. People will continue to have the sane reaction, because I will always refer to myself as a recovering addict, never a recovered addict. That would mean I was being complacent, and the minute you get complacent and think, 'Oh, I'm fine now', that's when something bad might happen.

What would you say to people in the same boat as you who might be feeling a bit demoralised by rejection?

I'd say, 'Hold your head up', always say you're recovering, not recovered, and that's what makes you who you are. Remember you're being truthful and honest with people. I know other recovering addicts and they're all very nice, genuine people because that's how they stay clean and sober like me.

As soon as a recovering addict starts to lie or not be honest, that's when you can get into trouble again.

So you have faith that this won't hold you back in terms of finding love?

If people can handle it, cool; if they can't, their loss, isn't it?

I am. Maybe First Dates will ask me to come back on for another try.

If you or someone you know is living with an addiction, you can get help here.

popular
The JOE Friday Pub Quiz: Week 261
Grimes says baby X Æ A-XII calls her by first name as she doesn't identify with 'mum'
A definitive ranking of every swear word from worst to best
Missing Instagrammer Gabby Petito's last text suggests 'she may have been 800 miles from last sighting'
Shipwrecked mum found dead saved her children by breastfeeding them at sea
Man eats ‘world's biggest burger’ in front of vegan protestors
'Gleeking' is the 'disgusting' bodily function that most people don't know they can do
You may also like
Life
The best time of the day to have sex, according to science
Life
Man flies 650 miles for a first date after reading TikTok comment
Life
Woman gets engaged to 24-year-old 'toy boy' despite huge age gap
News
Therapist praised for shutting down attempts to cancel Snow White for ‘non-consensual kiss’
Life
According to science, this is how to judge if you can trust someone
Next Page