...and absolutely no bullshit. 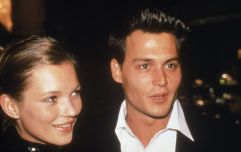 END_OF_DOCUMENT_TOKEN_TO_BE_REPLACED

I was amongst the first 1,300 in the world to be lucky enough to listen to J. Cole's fifth studio album.

When this man tweets (which isn’t often at all, just over 2,500 tweets in the nine years he’s been on Twitter) the rap world listens.

So when a tweet is sent containing the above policy at 9.14pm on April 16th, followed by “first come, first serve” and a location, you know shit is about to get very real… that is until you realise you have to be in the right place at the right time. New York.

Shit just got even more real.

"London, meet me here today. First come, first serve." With a picture of the above policy.

Wait, what?! He was in New York not even 24 hours before and now he’s just going to spring a surprise gig on us jolly London folk? You’re goddamn right.

Aforementioned shit just got as real as it gets.

With this I sprang up from my desk and made a beeline for Aldgate, not stopping for any reason. By the time I’d reached my destination it had been 1 hour and 10 minutes since the tweet had gone out, and already the queue was up the road and around the corner, at least 400 people in front of me. Naturally this was not going to deter me.

We weren’t even 100% sure of what we were queueing up for, all we knew was that Jermaine threw a free gig the previous night and now it was our turn. Rumours started swirling that it was a meet and greet, that he was doing a repeat of his 2014 "Dollar And A Dream" gig which cost punters a total of £1 to gain access to, or that he was previewing the aforementioned new material.

After 45 minutes of waiting in the queue I was rewarded with a wristband and two words: "Village Underground." My ticket to whatever the hell it was that was in store had been granted and I now had a location.

But before I proceed to the main event, let me drop a fact or two as to the importance of Jermaine Lemarr Cole.

Firstly, the thing that makes him indispensable to Hip Hop is that he is unapologetically loyal to himself, his meaningful lyrics and the art form of rhyming over a beat. No frills. No gimmicks. He even famously acknowledged his early career radio-friendly misstep "Work Out" on the song "Let Nas Down" from his sophomore album Born Sinner.

"Granted, my heart was tainted/ By my mind that kept on sayin’/ "Where’s the hits? You ain’t got none/ You know Jay’ll never put your album out without one."

Fact two. He’s gone Platinum with no features. Twice. TWICE I TELLS YA! First of all he accomplished this on an album that this writer right here considers a classic in 2014 Forrest Hills Drive. The first album in 24 years to do so (the last one being Vanilla Ice, but let’s move very swiftly on). Second was with 4 Your Eyez Only, which received a lukewarm reception by comparison.

Okay, let’s swan dive into the reason you’re here: the show itself.

First things first, a disclaimer. This was a single listen-through in a room of no more than 700 people. Therefore this is not a review. These are base on first impressions.

Second things second. This is probably the closest I’ll ever get to being in the studio with an artist as they wrap listening to their album.

Now remember how there were no phones allowed? Upon entering Village Underground we were all ordered to switch ours off, before we handed them to someone who slid them into a padded case, sealed with a pin that needed a magnet to undo.

Cole was welcomed on stage to rapturous applause sporting his very understated, relatable attire - a white t-shirt that simply said "Jamaica" on it, and grey joggers. No chains, no accessories, no flashiness, no bullshit.

"How the fuck y’all get here so quick?" he joked with his opening line as he scanned the crowd inside the venue.

He went on to explain that this album was recorded in 13 days, just before he went on his 4 Your Eyez Only Tour - however he removed three songs in order to replace them with three others that he deemed raised the quality of the album.

The next topic for discussion? The theme of the album. Just what the hell does K.O.D. even stand for?

"Kids On Drugs, King’s Overdose and Kill Our Demons" he exclaimed before covering the themes of the album; pain, and how we deal with it, whether that be through various vices, or more specifically, medicinal and recreational drugs; setting the context of the album by talking about how advertisements in America encourage us to numb our feelings with medicine, instead of opening up and talking about it.

Now, as previously mentioned, this is not a review. I am not in a place to be able to credibly review an album I listened to once, however I can touch on a few aspects.

The final track he performed, entitled "1985", the year in which he was born, carried shades of "Fire Squad" in that he takes aim at white privilege, cultural appropriation, and the new wave of rappers with ridiculous names that dive on trends only to be forgotten about and broke in five years (not his exact words, but the sentiment is the same). The best part? This isn’t even part of K.O.D., but "a whole other project."

All of this, and not a single actual performance of any of the songs from the man himself, the whole hour was akin to when you want to play your mate an amazing song, so you put it on, turn it up and for those few minutes you sing along or rap every word to accentuate just how much you love it. Yup, J. Cole did that with us lucky lot last night, sat on a stool lip syncing his own lyrics while every now and then interjecting with a comment or context.

The real is back.

J. Cole will also be performing at Wireless Festival on Friday July 6th.

popular
Incredible case of the only known individual whose parents were two different species
TikTokers are utterly convinced there is a secret zombie apocalypse going on in China right now
Time traveller’ claims to know exact date Queen will die
Women need to be dating men 10 years older than them, says relationship coach
The Gambia tells UK grandmothers to find their toy boys from somewhere else
People compare reaction to Tommy Lee's explicit post with the scrutiny Britney Spears is facing
Darius Danesh opened up about his health struggles before his tragic death aged 41
You may also like
News
Man filmed using a broom to try clear shin-deep water during London floods
News
Knifeman spotted fleeing scene after OAP busker is killed
News
Elderly man stabbed to death on mobility scooter by gang of youths
Life
Grandfather hits out at influencers after his pastel pink home becomes a photoshoot hotspot
News
World's largest airline places deposit on 20 supersonic planes
Next Page