Another must-watch from the Oscar-winner.

Back in 2016, Leonardo DiCaprio was executive producer and narrator on National Geographic's powerful documentary Before The Flood, which focused on the worldwide impact that global warming has had so far, and the terrifying future it holds for all of us. 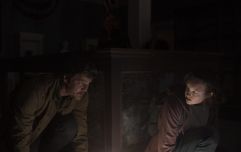 END_OF_DOCUMENT_TOKEN_TO_BE_REPLACED

Since then, DiCaprio has been busy with his acting career, but he has still been very much involved in raising awareness for the global warming issue, as is evident from his new project, Ice On Fire.

This time, the Oscar-winning actor has teamed up with HBO, and is once again producing and narrating a documentary on the global warming crisis.

But this documentary appears to be focused on the potential ways that technology has developed enough to save the world from the certain disaster that flooding, melting ice caps, deforestation, spreading arid landscapes, and actual "ice on fire" will bring.

Heading from the USA, and travelling around the globe, stopping off in Costa Rica, Croatia, France, Germany, Iceland, Norway, Switzerland, and the UK, we get to meet the scientists who may hold the key to stopping the imminent catastrophe.

Ice On Fire debuts on HBO on Tuesday 11 June, and should be available to Sky Atlantic and NOW TV customers soon after that.