How did we miss this?

Friends is one of the most successful sitcoms of all time and there were bound to be a couple of errors mixed into the 236 episodes they made. 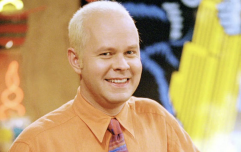 END_OF_DOCUMENT_TOKEN_TO_BE_REPLACED

One which we hadn't spotted, however, was Matt LeBlanc breaking down in laughter during one of Ross's more hilarious scenes.

Spotted by the good people over at BuzzFeed, you can clearly see LeBlanc's character Joey turning away with laughter during the episode The One With the Worst Best Man Ever.

While Ross (David Schwimmer) accuses the the stripper of stealing his "dead grandmother's wedding ring", LeBlanc can be seen ducking behind Schwimmer. We can't be absolutely sure, but he appears to be trying to cover up his laughter.

Never noticed Matt LeBlanc turning away in laughter in "The One With the Worst Best Man Ever". pic.twitter.com/AWxlK0AmX1

Maybe he's sneezing, but the scene itself is pretty funny, so we're guessing he was laughing at the Ross as he completely loses his cool.

Whether the producers missed it too, or just decided to leave it in as an Easter egg - of that we're not so sure.

We haven't seen LeBlanc do anything like this during his short stint on Top Gear, but perhaps it's only a matter of time. 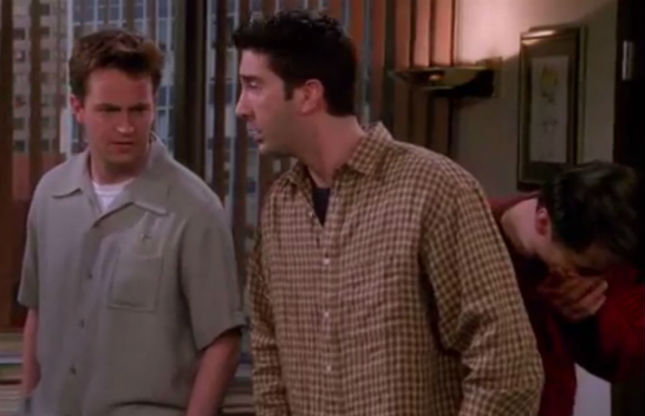