Doctor Who is the single biggest threat to UK manhood, apparently...

A Conservative MP has suggested that women replacing men in popular TV and film roles is somehow pushing young men into a life of crime.

To be fair, I'd quite like to see Conservative MP Nick Fletcher replaced by a woman. https://t.co/80fK1VKHj2

"There seems to be a call from a tiny but very vocal minority that every male character or good role model must have a female replacement," he said.

Conservative MP Nick Fletcher says Doctor Who being played by a woman has pushed young men into crime. pic.twitter.com/08rFuCtmgS

"One only needs to look at the discussions around who will play the next James Bond," he continues, which by the way, you can read our 'vocal minority' choices here. 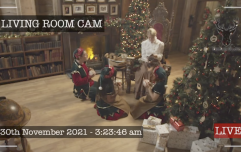 END_OF_DOCUMENT_TOKEN_TO_BE_REPLACED

"In recent years we have seen Doctor Who, Ghostbusters, Luke Skywalker - all replaced by women," scoffs the MP.

He continues to say that men, out of all of cinema and TV, are only left with gangsters like The Krays and Peaky Blinder Tommy Shelby.

"Is it any wonder we see so many young men committing crimes?"

Ignoring the fact that it must be a slow day for politics, there's a lot to unpack with Fletcher's beef about fictional characters.

END_OF_DOCUMENT_TOKEN_TO_BE_REPLACED

Doctor Who, a show which has seen 13 different people play the titular character over the years, is all about an ageless Time Lord who is reborn over and over again.

A woman did not replace Luke Skywalker. In fact, he features in the latest trilogy and Rey was simply a new character for a new audience.

An audacious bid by Nick Fletcher to prove he is stupid enough to deserve a place in my Cabinet. https://t.co/tGfg4jFGDo

Ghostbusters again did not replace the classic characters but instead took another perspective and brought to life new stories.

However this must be a pretty big issue for an MP to address it, right?

One can assume that applications from men to become Jedi Knights has plummeted since Rey Skywalker hit our screens and men are instead turning to crime.

Ok, look. Do we invade now? How bad do things have to get? https://t.co/5hZFozeswW

Similarly, there are clearly not enough 'good role models' in the ghost hunting sector - and the same goes for the lack of male presence in the time travelling community.

Dear Lord. If you've still got Superman and Batman as male leads and you're (*checks notes*)-- turning to crime-- because you've lost Doctor Who, the PREVIOUS Ghostbusters, and the THOUGHT of James Bond going to female leads, chances are YOU WERE PROBABLY TURNING TO CRIME ANYWAY. https://t.co/7tLA479NI1

Comic book writer Dan Slott thought the MPs speech was comical, he wrote: "Dear Lord. If you've still got Superman and Batman as male leads and you're (*checks notes*)-- turning to crime-- because you've lost Doctor Who, the PREVIOUS Ghostbusters, and the THOUGHT of James Bond going to female leads, chances are YOU WERE PROBABLY TURNING TO CRIME ANYWAY."