Fair play, the man knows how to enjoy his free time

Boxer and Love Island star Tommy Fury made a surprise appearance at a Liverpool bar where he stripped shirtless and beat his chest for the hordes of delighted students partying the night away. 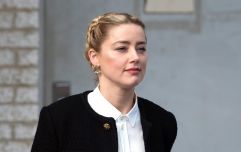 END_OF_DOCUMENT_TOKEN_TO_BE_REPLACED

Fury had been enjoying some free time after his victory over Anthony Taylor last month.

The younger brother of heavyweight world champion Tyson Fury, Tommy can be seen having he time of his life in the club, clearly enjoying the attention he received.

"That was uncomfortable," wrote Heather.

"Proof that I never know what’s happening in this city," Noah tweeted.

The internet, being as it is, was typically cruel.

proof that I never know what’s happening in this city https://t.co/RyGU9tNUhi 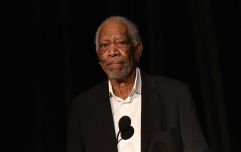 END_OF_DOCUMENT_TOKEN_TO_BE_REPLACED

"If I was Molly Mae I would deffo have the ick," wrote another.

Fury is still talking about a potential fight against internet personality Jake Paul. The two have been sparring verbally for some time, with Fury calling Paul 'massive pussy' and suggesting he 'stick to YouTube'.

On 9/11, the Pretty Little Thing social media team thought it best to brand a black and white image of the World Trade Centre with PLT's own colour scheme.

The move was not received well on social media, with many people dubbing it 'disrespectful' and 'disgusting'.

"If this isn’t a big enough reason as to why you DO NOT HIRE INFLUENCERS AS CREATIVE DIRECTORS," wrote one person.

Another tweeted: "Who’s gonna tell them 9/11 isn’t an aesthetic?"

popular
Liverpool crowned Premier League champions, but only on aggregate
This 'Welcome to Luton' prank sends Gatwick Airport arrivals into a frenzy
Ukrainian refugee who ran off with dad finally speaks out and blames man's partner for split
Shocking moment lion rips off man's finger after he sticks his hand into zoo cage
Johnny Depp trial: Kate Moss ‘testifying’ in defamation case against Amber Heard, report claims
Noel Gallagher left 'covered in blood' after headbutt from Ruben Dias’ dad
Volcano where mutant sharks live in acidic underworld crater is erupting
You may also like
Life
Government set to reduce earnings threshold at which graduates start repaying loans
Life
School ordered to pay $1.3million to transgender student after refusing him bathroom access
News
British student thanks army as he is evacuated after going to country on holiday
News
US university removes boulder seen as symbol of racism
News
University students could need to be double jabbed to stay in halls
Next Page