There is nothing like a good ol' Harry Potter reunion. They look so much older nowadays.

In the latest snap posted by Tom Felton, it shows him alongside Emma Watson and Matthew Lewis captioned: "School mate."


What's even better is that he posted the picture today, one day after Emma Watson's 28th birthday - which has many fans rushing to believe that the pair met up to spend her birthday together. 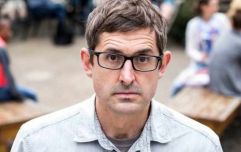 Louis Theroux has shared his first ever photo to Instagram

END_OF_DOCUMENT_TOKEN_TO_BE_REPLACED

Now Emma did reveal to Seventeen that: "For the first two movies, I had a huge crush on Tom Felton. He was my first crush." However, when asked this January if anything ever happened between the pair, she politely denied.

Although aside from that, to his day people still ship the possibility of a Draco/Hermione alliance with many people commenting on the reunion snap "Dramonie forever".

If you're wondering what Felton's up to nowadays, he's still acting and recently appeared in CSI.


popular
Wesley Sneijder begins training with fifth tier Dutch side, eyeing up top level return
Serge Aurier's brother killed in shooting in Toulouse, France
Macaulay Culkin reveals disturbing reason he left Hollywood as a child
QUIZ: Identify 99 movies from the 90s by a single image
The hardest quiz on The Simpsons that you'll ever take (Part One)
A definitive ranking of every swear word from worst to best
Elijah Wood says Hollywood paedophiles are being protected by senior film business figures

You may also like
Fitness & Health
The top five most 'Instagrammed' foods on social media
News
Facebook, Instagram and WhatsApp are down for many users
Entertainment
Fyre Festival promoters Fuckjerry are being sued for stealing a meme
Sport
Declan Rice apologises for making pro-IRA comment on Instagram
News
Instagram Down: Countless UK users experience problems accessing app
Next Page