There is nothing suspicious about the death, sources have claimed

Erik Cowie, who was a zookeeper on the hit Netflix show Tiger King, was found dead in a residence in New York City on Friday evening, according to reports.

END_OF_DOCUMENT_TOKEN_TO_BE_REPLACED

As he usually resides in Oklahoma, the reasoning for Cowie being in NYC has not yet been revealed.

TMZ stated that there was "nothing suspicious about the death" and added that "no drugs were found on the scene".

However, it is likely that a toxicology test will still be performed, the Sun reports.

In the past, Cowie has admitted to having a drinking problem but denied the claim he was a meth addict.

Cowie worked as an animal caretaker at Joe Exotic's zoo where he was largely considered the head of the big cats. When Exotic was jailed for a conspiracy to kill rival Carole Baskin, Cowie continued to work at the zoo.

Despite their friendship, Cowie later testified at Exotic's trial, telling the court he'd heard Exotic order the executions of numerous animals. His testimony, along with the evidence provided, led to his employers sentencing of 22 years in federal prison. 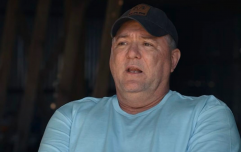 END_OF_DOCUMENT_TOKEN_TO_BE_REPLACED

Amongst those accusing Carole Baskin of somehow murdering him, Fans have taken to social media to share their condolences and reminisce over the stars time on the show.

"I don’t care who you are or what you said, 53 is too young. I never spoke with Erik Cowie. Addiction will subtract so much life out of life. We hope he and his family find peace," wrote John.

"RIP Erik Cowie, loved you on Tiger King!" wrote another.