The X Factor has given us some great acts over the years. One Direction, James Arthur, Leona Lewis, JLS, Olly Murs and Alexandra Burke are just some of the big names that the reality TV show has produced.

END_OF_DOCUMENT_TOKEN_TO_BE_REPLACED

But it looks as though the show, as we know it, could be no more.

A source close to the show told the Daily Star: "The decision has been made to drop The X Factor in its current form. It has been 100% axed. The show is done."

They went on to say that: "It’s being replaced by a show that’ll only be for celebrities. Members of the public won’t get to take part. So viewers won’t see new talent being discovered anymore. It’s the end of an era.". 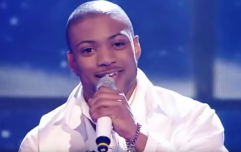 END_OF_DOCUMENT_TOKEN_TO_BE_REPLACED

The end of an era indeed.

The same insider told the newspaper that a dozen members of production staff were made redundant during the week: "The casting team and everyone working on pre-production were told they weren’t needed anymore. It came as a massive shock to everyone.

"They had been working really hard to find talented acts for the next series and all of a sudden they find out it won’t be happening."

It will be really interesting to see how this develops.

A celebrity version of the X Factor? We're not quite sure what to make of that, but no doubt there could be some value in it.