So long to a WWE legend

Wrestling legend The Undertaker has officially called time on his career in WWE after three decades in his final appearance at Survivor Series.

END_OF_DOCUMENT_TOKEN_TO_BE_REPLACED

The 55-year-old, who is played by Mark Calaway, took to the ring to address the WWE audience for one last time in what felt very much like an actual retirement, rather than the usual retirement used by the WWE to set up a WrestleMania fight.

Calaway explained his decision to step away from the squared circle after three decades.

"For 30 long years, I've made that slow walk to this ring and have laid people to rest time and time again," he said.

During his farewell, The Undertaker soaked up the cheers and applause of virtual fans - with WWE events still empty due to coronavirus restrictions in the United States. 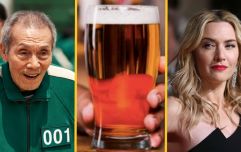 END_OF_DOCUMENT_TOKEN_TO_BE_REPLACED

He was also cheered off and applauded by other WWE legends like Triple H, Shawn Michaels, Kane and The Big Show.

In a surprise addition, a hologram of The Undertaker's former manager Paul Bearer also appeared at the end of his Calaway's appearance, popping up holding his customary urn in the corner of the ring.