The stars of Guess Who - Where are they now?

Guess Who? was a delightful part of many of our childhoods.

It set us up with the tools to identify people by their most noticeable features such as a moustache, glasses, bald head or giant nose. It also highlighted how undiverse British names actually are. Where's Lucifer? Miguel? Enrique Iglesias?

The game was first made in 1979, so naturally, a lot will have changed in the characters' lives by now. I've contacted them all individually and put together a quick update on the ones that were kind enough to reply. If anyone knows Herman, kindly pass on my thanks for IGNORING my calls, texts and quirky haikus.

Alex followed his dreams of becoming a movie makeup artist. His skeptical eyebrow earned him the adoration of countless actors including Vin Diesel, Mark Ruffalo and Ralph Fiennes. Alex's claim to fame is that his facial hair inspired the look of the character Zero Moustafa in Wes Anderson's Academy Award-winning Grand Budapest Hotel.


Alfred has endured his fair share of hardships since the obligations of being a Guess Who? character wrapped up. He was arrested shortly after for possession of Solpadeine without a prescription or sufficient sob story. He spent six months in prison and was then released for good behaviour. Ironically, he managed the board games department in prison and is currently developing his own version of Operation. 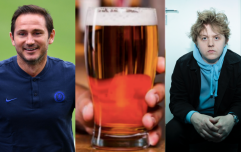 END_OF_DOCUMENT_TOKEN_TO_BE_REPLACED

Anita is the biggest success story of the bunch. She went on to appear in the 1996 classic film Matilda, playing the role of Amanda Thripp (the girl that Miss Trunchbull hoofed by the ponytails into a field). Life has been in the fast lane ever since, with Anita making various appearances in episodes of The OC and a heated debate on Newsnight.

Bill finally achieved his dreams of looking like a boiled egg. He was an extra in Coneheads, which led to the producers selecting him for a Crimewatch reenactment of Humpty Dumpty's demise for the lead role. After the reenactment aired, they were inundated with calls praising the likeness of his portrayal of the unfortunate egg. Bill currently lives in Edmonton, Canada with his wife and twin boys. 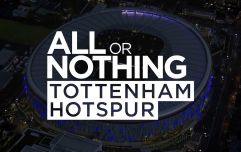 END_OF_DOCUMENT_TOKEN_TO_BE_REPLACED

Claire stepped out of the limelight and into the world of fashion design. Her trendy hat and glasses always stood out during games of Guess Who? in my house, so this comes as no surprise. She recently designed a hat for Jermajesty Jackson's 15th birthday. You mightn't recognise Claire today as she's ditched the trendy glasses and gotten laser eye surgery. Swit swoo.

Eric achieved his dreams of being the first man with a bum chin to sail solo across the Pacific Ocean. He completed the trip in an impressive five years, only stopping once halfway to moisturise his chin dimple. His fellow Guess Who? characters laughed at his sailor hat at the time of the photo shoot, but they're not laughing now. Mainly because that was 37 years ago.

Maria was always destined for greatness, but sadly she fell into the very dodgy business of painting heists. She fell in with a rough crowd shortly after her Guess Who? commitments and, to date, has stolen over 700 paintings from famous museums around the world. She briefly dated Alex, but split due to the strain of balancing a long-distance relationship with being a criminal. Maria is currently at number six on the FBI's most wanted list.

Sam found his true calling into the priesthood mere days after his life began as a Guess Who? character. He is currently celebrating his 36th year as a missionary priest in Zimbabwe. Sam managed to keep his past under wraps until one of the local children recognised him on the infamous board game. They now call him 'Baldy Glasses Face' but he loves it.


popular
The JOE Friday Pub Quiz: Week 199
A definitive ranking of every swear word from worst to best
The definitive ranking all 151 original Pokémon from worst to best
'Time traveller from 2030' passes lie detector test over future predictions
The documentary on Netflix about Paul Gascoigne is essential viewing for any football fan
This is how much time most men need after orgasm before they're ready for another round
Here's how to recover all your deleted Facebook photos and messages