If you haven't seen the trailer yet, you need to watch it right this second.

In case you missed it, The Happytime Murders is an upcoming comedy starring Melissa McCarthy as a human detective, paired with a disgraced private eye puppet, in a world where puppets exist alongside us. 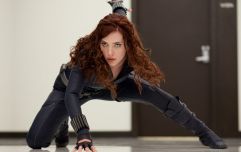 END_OF_DOCUMENT_TOKEN_TO_BE_REPLACED

When a number of the stars of much-loved kids puppet show begin getting killed off, they attempt to dive into the murky underbelly of the puppet crime world - complete with drugs, violence and off-putting sex - to find the culprits.

The movie comes from director Brian Henson - son of the legendary Jim Henson - and he previously worked as a producer on The Muppets' Christmas Carol and Labryinth, so who better to complete deconstruct the puppet movie than him?

However, the folks behind the real-life, much-loved kids puppet show Sesame Street are not one bit happy with their name being used as a tagline for the sexy and violent movie. 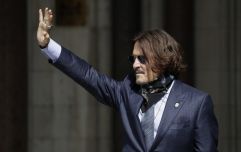 END_OF_DOCUMENT_TOKEN_TO_BE_REPLACED

According to The Wrap:

"Sesame seeks to enjoin Defendants’ deliberate effort to appropriate its SESAME STREET mark, and its trusted brand and goodwill, to promote their R-rated movie, The Happytime Murders, by way of a violent and sexually-explicit trailer. SESAME STREET is a registered trademark of Sesame, an organisation with a long and storied history of ‘helping kids grow smarter, stronger and kinder."

"Defendants’ widely-distributed marketing campaign features a just-released trailer with explicit, profane, drug-using, misogynistic, violent, copulating, and even ejaculating puppets, along with the tagline ‘NO SESAME. ALL STREET.’ Defendants do not own, control or have any right to use the SESAME STREET mark. Instead, they are distributing a trailer that deliberately confuses consumers into mistakenly believing that Sesame is associated with, has allowed, or has even endorsed or produced the movie and tarnishes Sesame’s brand."

Hopefully we'll know how it all turns out before The Happytime Murders arrives in cinemas on Friday 17 August.

popular
Paul Scholes says Paul Pogba is a "daydreamer" and Fred and McTominay are "limited footballers"
Here we go again - the government says book your Xmas party. What's 'Plan B'?
Watford staff unhappy with Ben Foster's commitment to vlogging on club time
Matt Lucas hits back at outrage over 'offensive' Bake Off German accent
Gordon Ramsay's daughter Tilly calls out radio host for 'fat shaming' her live on air
Pilot who crashed plane that killed Emiliano Sala was ordered not to fly
Mum who drove into Insulate Britain in rage says 'I just gave them a nudge'
You may also like
Life
School ordered to pay $1.3million to transgender student after refusing him bathroom access
News
Bob Dylan accused of sexually abusing a 12-year-old in 1965
News
Prince Andrew accuser says she 'feared death' if she disobeyed orders
News
Universal studios hit with lawsuit after Gru allegedly 'flashes white power sign'
Life
Crystal Palace footballer is one of four British women suing Pornhub
Next Page