With the prospect of no meaningful real-life football for a few weeks, the end of the season is a time when some start to get excited about the release of the next FIFA game.

FIFA 18 is due to be available at the end of late September, and we've recently learned that Cristiano Ronaldo will be its cover star (quite incredibly) for the first time ever. 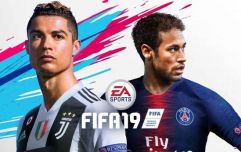 END_OF_DOCUMENT_TOKEN_TO_BE_REPLACED

The Real Madrid man won't just grace the new game's cover, either. In between guiding his club to a La Liga / Champions League double over the last few months, he's also been heavily involved in the motion capture for FIFA 18, too - as shown by the new trailer from the game's makers, EA Sports.

There's also been another exciting Ronaldo-themed bit of FIFA 18 news, only this time we're not referring to the current Ballon d'Or holder... 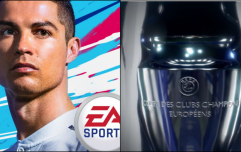 END_OF_DOCUMENT_TOKEN_TO_BE_REPLACED

The other Ronaldo, the Brazilian one, is also set to feature on the new game. EA have announced that the legendary striker is set to be added as a FUT legend (or 'Icon' as they're now to be known) on the latest edition of the game. On top of this, he will also be the cover star for the Icon Edition of the game.

FIFA 18's release date is September 29, although it's understood that those who preorder the Ronaldo or Icon editions of the new game will be able to gain access three days early.