The next Batman will be black, DC Comics has announced

The next person to pick up the cowl of Batman in the comic books will black, DC Comics has announced. 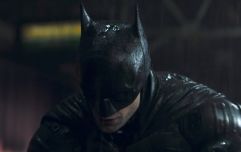 END_OF_DOCUMENT_TOKEN_TO_BE_REPLACED

The new series, set in a future Gotham City where Batman is dead and superheroes are outlawed, with see the son of Bruce Wayne’s business manager Lucius Fox take up the identity of the Dark Knight.

Tim Fox will take on the evil Magistrate, who has taken over Gotham City.

It will be written by John Ridley, the screenwriter of 12 Years a Slave, and feature art by Nick Derington and Laura Braga.

The Oscar-winning writer said that he was most excited for his two sons to read it.

"They appreciate the things that I do. They’re happy for me. They’re great supporters. But they would much rather see Black Panther than 12 Years a Slave, let’s be honest," Ridley previously said in an interview with the New York Times. "So to be able to write the next Batman, for them to know that this next Batman is going to be black, everybody else on the planet can hate it, have a problem with it, denigrate it, but I have my audience and they already love it." 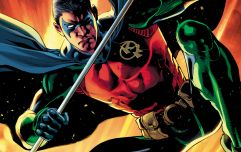 END_OF_DOCUMENT_TOKEN_TO_BE_REPLACED

In 2009, DC introduced Calvin Ellis, an alternate-universe African-American Superman who was also President of the United States in his reality. Writer and co-creator Grant Morrison later confirmed that Ellis was of course inspired by Barack Obama.

popular
Why Inter Milan had to remove snake from away kit for Champions League tie
The FootballJOE Pub Quiz: Week 7
Barca receive £1.2bn offer from Dubai company to write off club debt
Police mock motorists who spent three hours queuing for petrol station that was closed
Salt Bae customers disgusted at price of steak in his London restaurant
Katie Price rushed to hospital after 'drink-drive crash'
16-year-old mows down team of cyclists after trying to blow exhaust fumes on them
You may also like
Comedy
Batman oral sex scene cut from DC series because ‘heroes don’t do that’
Sport
Robert Pattinson, Zac Efron and Louis Tomlinson are up to star in Jamie Vardy film
Football
Jose Mourinho reveals his incredible desk chair with Batman and Game of Thrones logos on it
Film
The Batman has been delayed to 2022
Film
Crazy rumour suggests Christian Bale and George Clooney offered roles in new Flash film
Next Page