Whisper it, but this could actually turn out very well indeed

Horror fans have earned the right to be sceptical about the genre, particularly where reboots, remakes, sequels, prequels, spin-offs and basically every new iteration of a classic intellectual property are concerned. 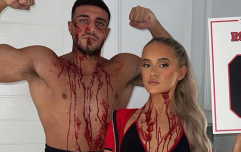 END_OF_DOCUMENT_TOKEN_TO_BE_REPLACED

As such, there are those who are a touch nervous about the upcoming Halloween relaunch - it's officially a sequel, for the record - given that Michael Myers fans have been burned many times before.

We know that Jamie Lee Curtis is back, so that's a good thing - Halloween H20 is still quite fun, even if it's extremely tied to its late '90s smart-arse horror era - and we know that the legendary John Carpenter will have some involvement.

Up until now, it was rather unclear what Carpenter would be doing as executive producer and creative consultant outside of sticking his name on the project and offering some thoughts on the script, but he's now been confirmed for a much more substantial role.

After unveiling the first official poster for the film, producer Jason Blum responded to a fan query on Twitter, revealing that Carpenter will provide the score.

Which is excellent news, given that his original work for the 1978 classic is one of the most iconic and effective soundtracks in all of horror. 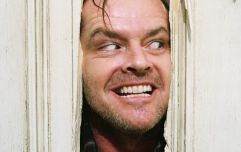 END_OF_DOCUMENT_TOKEN_TO_BE_REPLACED

Carpenter, meanwhile, has kept busy on the music front in recent years, releasing a couple of 'Lost Themes' albums and touring the globe along with his sons who play in his live band.

Halloween 2018 arrives on 19 October, and Carpenter's presence behind the mixing desk at least guarantees that the thing will sound top-notch.