Friday night but you fancy a night in?

Let's get into what celebrities will be trying their best to charm us on Graham's sofa.

The Bridesmaids and Zoolander 2 actor is in town to talk about her appearance in the new Ghostbusters film.

The last time Kristen appeared on The Graham Norton Show, it was in a fun barney over a massive fly. It's going to be good to have her back. 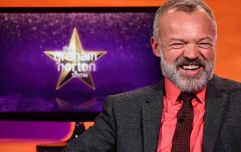 The Graham Norton Show returns tonight with an incredible line-up

END_OF_DOCUMENT_TOKEN_TO_BE_REPLACED

WINNING. Wall Street and Hot Shots actor Charlie Sheen will also be stopping by on Graham's sofa for a catch up.

Formerly a notorious party-goer, Sheen has been enjoying a more lowkey lifestyle as of late, so we're interested to see what he's been up to. 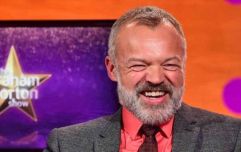 END_OF_DOCUMENT_TOKEN_TO_BE_REPLACED

Melissa McCarthy will be joining her Bridesmaids pal Wiig for a good old chin wag.

From small beginning popping up in Gilmore Girls, McCarthy has become of the one most successful comedians about. We're still impressed at how good Spy turned out.

Leslie and Kate, right and 2nd right, along with Ghostbuster's co-stars Kirsten Wiigg and Melissa McCarthy. Photo by Mike Windle/Getty Images for ELLE

Spotted a trend yet? Graham will be joined by the entire team from the the new Ghostbusters film tonight.

American comedians Leslie Jones and Kate McKinnon are two of the funniest people around, frequently tearing it up on Saturday Night Live. Expect big things.

Christine and the Queens

French singer-songwriter Héloïse Letissier will be providing the tunes tonight, working under her stage name Christine and the Queens. She'll be playing new song 'Tilted' - lowkey vibes. We're into it.

popular
Shaquille O'Neill shows incredible body transformation and 'first six-pack for 30 years'
YouTuber posts video telling fans 'I'm not dead' - dies days later
You can now get paid £150,000 to let a robot use your face and voice
Man chops off two fingers in mission to become fully-fledged 'black alien'
Woman left mortified after realising why postman ‘rudely’ chucked parcel through door
Here's how to see who's been taking screenshots of your Instagram Stories
Iceland boss says staff won't force shoppers to wear masks despite rules
You may also like
Entertainment
Here's what viewers made of Jack Whitehall hosting The Graham Norton Show
Entertainment
Ryan Reynolds shared a hilarious story of an inappropriate fan encounter on Graham Norton
News
Mary Berry arrested at airport for having 'flour and sugar in little plastic bags'
Entertainment
The Graham Norton Show returns with a bang with Hollywood's finest and the one and only Kylie
Entertainment
Tonight's Graham Norton Show features world-renowned stars of movies, television and music
Next Page