In all the excitement around Star Wars: The Force Awakens, we'd forgotten all about the Avengers.

Following on the success of this year's Age of Ultron, Marvel are set to kick things up a notch with the latest instalment to the extended universe. 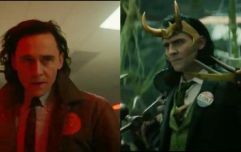 END_OF_DOCUMENT_TOKEN_TO_BE_REPLACED

As the title 'Captain America: Civil War' suggests, not all is well in the world after a series of incredibly destructive battles between superheroes and supervillains.

If you've read the comics, you know that a fierce battle breaks out over whether or not people with superpowers should be regulated by the government. With Captain America on one side and Iron Man leading the other, things are going to get messy.

Regardless of which side you fall on in that debate, this should be a thronker...

popular
Man faces three years in jail in Dubai for legally smoking marijuana in his own country
A definitive ranking of every swear word from worst to best
Cop who pepper sprayed Black US army officer at traffic stop fired
Comedian learns Prince Philip died while mocking him onstage
Prince Philip gets final wish after asking Queen to 'stick me in the back of a Land Rover'
Prince Harry issues new statement after death of Prince Philip
PGMOL issue explanation after Cavani goal disallowed due to McTominay 'foul'
You may also like
Quiz
The hardest Marvel Cinematic Universe quiz you'll ever take
Television
WandaVision is now officially the most popular TV show in the world
Quiz
QUIZ: Can you name every Marvel Cinematic Universe film in three minutes?
Television
New mid-season trailer for WandaVision only raised more questions
Entertainment
QUIZ: Can you name the Marvel Cinematic Universe film from just a single screen shot?
Next Page