I will never get Gex's voice out of my head.

Super Mario 64 was undoubtedly the king of the early 3D platform game era. It was, is and forever will be a genre-defining masterpiece. 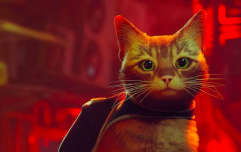 END_OF_DOCUMENT_TOKEN_TO_BE_REPLACED

However, if you were a kid that had a PlayStation instead of an N64, you had to go elsewhere for your platforming kicks. There was of course Crash Bandicoot, but that was a completely linear game - unlike Mario’s free-roaming environments, you were always going down a set path. There were some other decent fully 3D  games on the PSX that did what Mario did, like Spyro The Dragon, Croc, and Ape Escape.

But for me, the secret best 3D platformer on the PS1 was 1998’s Gex: Enter The Gecko, which turns 20 years old this week.

Gex started out as a traditional 2D platformer on Panasonic’s ill-fated 3DO console, before being ported to the Playstation, Sega Saturn and PC. Side-on platformers starring cartoon animals were ten-a-penny in the mid-90s, and Gex didn’t really stand out to be honest. 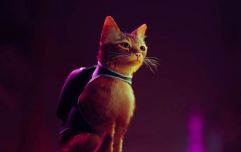 PlayStation confirms 17 games, including a brand new exclusive, coming to PS Plus in July

END_OF_DOCUMENT_TOKEN_TO_BE_REPLACED

It was with the sequel, Enter The Gecko (also know as Gex 3D: Return of the Gecko), that it became something special. It did what many sequels were doing in the 32-bit era: trying to update a popular 2D game for the post-Mario 64 world. What most of them missed though was that isn’t wasn’t just the technology that had changed; the whole milieu had evolved. Cartoony characters like Busby and James Pond and Cool Spot were out of place at a time when Tomb Raider and Resident Evil were getting mainstream attention.

On the surface, Gex would seem like he’d fall exactly into that trap – he was a cartoon gecko with ‘attitude’, and an incredible 90s pair of sunglasses. He could have been the basis for Poochie, tbh. But what made him stand out was the game’s plot. Couch slob Gex is sucked into his television and has to navigate the ‘Media Dimension’ in order to defeat the bad guy.

Essentially that meant that every stage was a parody of a different TV show or movie. Instead of the ‘snow level’, ‘desert level’ and the dreaded ‘underwater level’ predictability that curse most platformers, half the fun of Enter The Gecko came from waiting what world Gex would enter next. It made the game feel similar to cartoons of the time, like Animaniacs or The Simpsons - knowing, cheeky, and pop-culturally savvy, and far smarter than its competitors. Spyro and Croc basically seemed like they were tiny babies, but Gex was Bart Simpson.

END_OF_DOCUMENT_TOKEN_TO_BE_REPLACED

He would don a rabbit costume to be chased around a Looney Tunes landscape by an Elmer Fudd lookalike, and then grab a whip and fedora for an Indiana Jones spoof. There were levels influenced by slasher films and Shaw Bros kung fu movies. 1999’s sequel Deep Cover Gecko would even further, adding parodies of superheroes, anime and WWE wrestling. Two decades removed, the satire doesn’t exactly seem cutting edge - but back then the idea that a game could be self aware like that blew my tiny childish mind.

Yet what has forever burned Enter The Gecko into my mind though, was Gex’s in-game voice – which is still feels quite like nothing that's even been in another game, even today. In the original Gex, he was voiced by US stand-up and Simpsons writer Dana Gould, who delivered witty wise-cracks as you played through the game. He was cocky and American, and mostly unremarkable. The AUS version of the sequel retained Gould’s quips. But the European edition maybe the baffling choice to replace him with smooth-talking 50s actor Leslie Philips.

This guy was the voice of Gex, for some reason.

If you’re under the age of 60, you’re most likely to know him as the voice of the Sorting Hat in Harry Potter. But he’s most famous for playing suave lotharios in Carry On movies and the like in the 1960s. If you’ve ever seen anyone going “Ding Dong!” at a sexy girl, that’s Leslie Philips they are impersonating. He was known for his velvet-smooth delivery of cheesy innuendo while seducing housewives, and he kind of sounds like a cross between Austin Powers and Graham Norton.

Needless to say, it was a strange choice for a game aimed at kids. Just listen to this collection of soundclips from the game:

Seriously, what the fuck? Just imagine being 12 years old, turning on this cartoon gecko game, and suddenly he starts saying things like that, in Leslie Philip’s frankly pornographic voice.

Here are some of things he genuinely says in the game:

Hey! I feel like I'm trapped in Boy George's pants!

Ah, to see the world as Keith Richard’s does.

Are you after the old sandwich in my pocket?

This is like an all-nighter at Richard Simmon's house.

Have we met Mister Tongue?

My parents were much more concerned about me playing this than they were Grand Theft Auto, to be honest.

Enter The Gecko was followed by one sequel, the aforementioned Deep Cover Gecko. It was essentially more of the same, though it replaced Leslie Philips with Danny John-Jules (The Cat from Red Dwarf), and courted a small amount of controversy for featuring Playboy Playmate Marliece Andrada (albeit fully-clothed).  Since then, there’s been very little mention of the gecko. Square Enix now own the IP, and in 2015 invited developers to pitch on the character – but no one seems to have bitten. Which is a shame, as you could easily see an Adult Swim style take on Gex’s media piss-takes working well. Oh well. We'll always have Boy George's pants.

popular
Incredible case of the only known individual whose parents were two different species
TikTokers are utterly convinced there is a secret zombie apocalypse going on in China right now
Time traveller’ claims to know exact date Queen will die
Women need to be dating men 10 years older than them, says relationship coach
People compare reaction to Tommy Lee's explicit post with the scrutiny Britney Spears is facing
Jealous man glued wife's vagina shut as he caught her cheating with four men
Darius Danesh opened up about his health struggles before his tragic death aged 41
You may also like
Entertainment
The free subscription games coming to PlayStation and Xbox in July
Entertainment
The Top 5 Must-Play Games of 2022 So Far
Entertainment
Horizon Zero Dawn TV series being developed for Netflix
Entertainment
PlayStation users are statistically the fittest gamers - and they claim they can do 30 pull ups in a minute
Entertainment
PlayStation's rival Game Pass service could launch next week
Next Page