The Alan Partridge Podcast is coming this week, and you can listen to a preview now

Back of the net

Alan Partridge is a man of many skills - an Alan of all trades, you could say. He is a local DJ, he has his own military-based quiz show called Skirmish on digital tv channel UK Conquest, and can also host your corporate event.

Now, however, Steve Coogan is taking his greatest creation to a new medium: podcasts.

From the Oasthouse: The Alan Partridge Podcast is arriving this week on Audible.

"Broadcaster, writer, philanthroper and one of the first public figures to suggest high-visibility clothing for people manning temporary car parks, the public Alan Partridge is a cherished institution," reads the official description. "But what of the unseen Alan?" 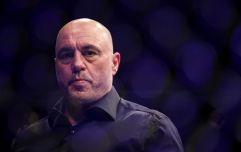 END_OF_DOCUMENT_TOKEN_TO_BE_REPLACED

"For the first time, this famously private man welcomes us into his home and audibly deshrouds himself for a fascinating series of podcasts," "Over the course of 18 generously durated episodes, Partridge grants us full and unfettered access to his off-screen life (within reason)."

"In exchange for a series of payments from Audible, he promises an access-all-areas pass to the nooks and crannies of his hinterland, to reveal a wiser, cleverer, more reflective Alan than many of his more vaunted peers have given him credit for. He then sends the resultant podcasts to Audible ensuring they meet the technical specifications laid down in the contract."

The show is available to pre-order, and with snippets you can listen to now. It is an Audible exclusive, so you will need to pay for it or have an Audible subscription to listen to it, or at least sign up for the free trial. The full series will be released on September 3rd.

The audiobooks of his autobiography I, Partridge: We Need To Talk About Alan, and the follow-up Nomad were the best way to experience those parts of the Alan-canon, so we are sure that the podcast will deliver the same quality content.