WATCH: The first teaser for Stranger Things Season 3 is here and creeping us out

Looks like we're heading somewhere brand new... and we know when we'll be heading there. 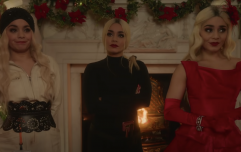 END_OF_DOCUMENT_TOKEN_TO_BE_REPLACED

So we know that Steve is still very much a part of the Stranger Things story going into Season 3, but so far, that is all we know.

That and the fact that Hawkins, Indiana is about to get their very own super shopping mall, as the promo video below tells us.

We also find out that the mall (and, we're guessing, the show) will arrive "next summer", which means we'll most likely be getting Season 3 in Summer 2019.

All of that talk StarCourt Industries has us believe that the mall itself may very well end up just being another evil government, or even private enterprise, front for something much more insidious.

Plus, the new mall setting, tied in with the 80s setting, has us immediately thinking about Dawn Of The Dead. Could we be seeing the Stranger Things gang heading into a kind of zombie siege situation? That is a very exciting proposition.

Additionally, the Mayor of Hawkins (Cary Elwes) has drafted a letter to the people of his town about the incoming shopping mall. Nothing to read into there at all, we're sure... 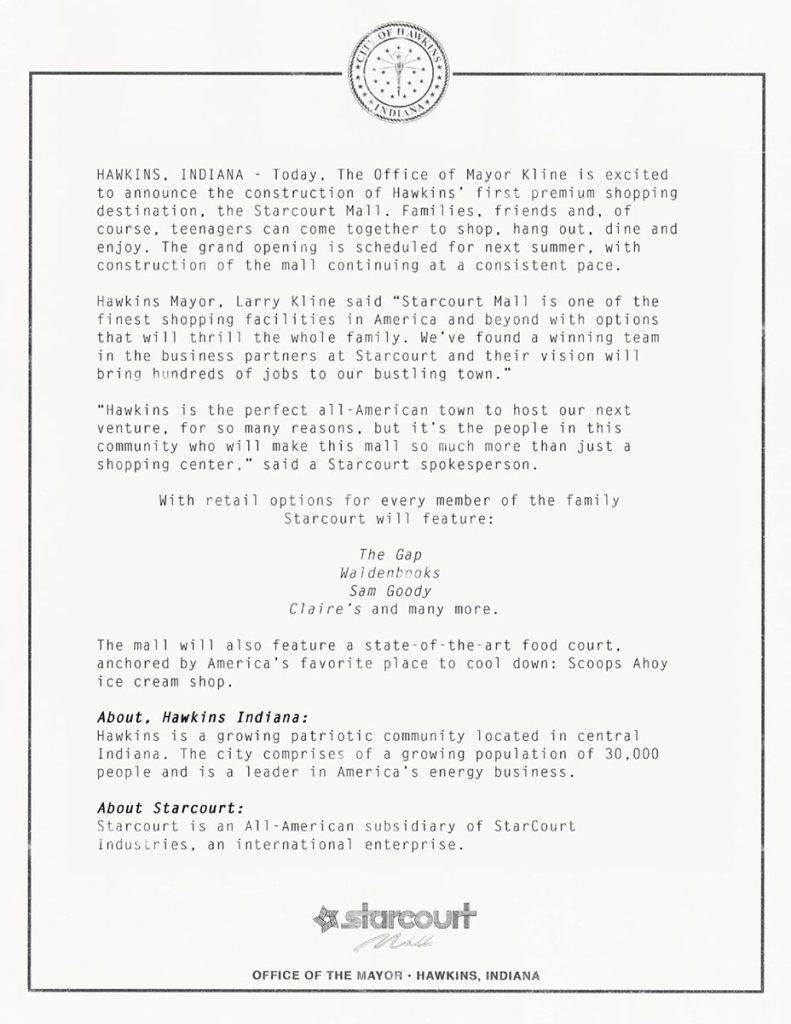 popular
Man United's tactical issues summed up in six screenshots
A definitive ranking of every swear word from worst to best
A Netflix horror film is so terrifying people can't finish watching it
Brian Laundrie parents 'to cremate body with no funeral' amid mystery over cause of death
Sex expert reveals most common mistakes couples make in bed
Here's how to see who's been taking screenshots of your Instagram Stories
Paul Scholes rips into Pogba after disgraceful performance vs Liverpool
You may also like
Entertainment
Mindhunter director tells fans to 'make noise' to get season three made
Entertainment
'Squid Game' will generate nearly $900 million for Netflix
Entertainment
Personality QUIZ: Which character from You are you?
Entertainment
Netflix employees 'planning walkout' over Dave Chappelle's new comedy special
Entertainment
'Squid Game' motorway sign forces police to reassure drivers on real meaning
Next Page