The best duos are often the most unlikely.

There's no explaining why some combinations work; they just do, like pineapple on pizza. Wait, scratch that, too controversial. Don't want the anti-Hawaiian brigade bashing my door down and demanding blood.

END_OF_DOCUMENT_TOKEN_TO_BE_REPLACED

On The Jonathan Ross Show last night, two of Britain's national treasures came together: Stormzy and The Chase's Bradley Walsh, and after watching them together, all we can say is: get those two a TV show of their own, immediately.

Bradley was on the show talking about the best-selling debut album of 2016 - his album Chasing Dreams. Being a musician himself, naturally the conversation turned to a potential collaboration between Stormzy and Bradley.

"I think we’ve got half a chance," Bradley said. "I don’t care what Stormzy says, we’ve got seriously more than half a chance. He is going to rap on my new album and I’ll unwrap his. And we call ourselves Stormzy and Clumzy. With a Z. 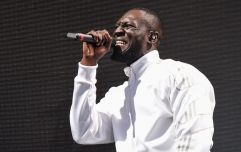 Prejudices against grime music is 'stifling' the genre, MPs claim

END_OF_DOCUMENT_TOKEN_TO_BE_REPLACED

"I want Stormzy to do something for me next, do something on my album. Because I actually love his stuff. I really do."

When asked to name his favourite Stormzy tunes, Bradley didn't go for the bangers, instead selecting the tracks 'Velvet' and 'Blinded By Your Grace', which he treated the audience to his own rendition of.

But that wasn't all. On the show, Stormzy talked about how he and his mates watch The Chase, and the rapper reckoned he could take it all the way to the top. 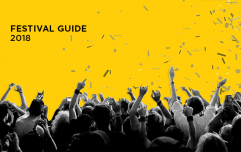 END_OF_DOCUMENT_TOKEN_TO_BE_REPLACED

“I love The Chase," Stormzy told Jonathan. "Genuinely, the other day we were all at my house drinking, the mandem, I was with the mandem [watching The Chase].

Me and my missus had a big argument because I was adamant that I would merk The Chase, I would destroy it… Every time I watch it I usually win."

Well, in order to prove that he wasn't too big for his boots, Jonathan asked Bradley to host a special one-off edition of The Chase to see it Stormzy could indeed merk it - even The Governess showed up to play against him.

And how did he fare? This is a sentence that would not be widely understood ten years ago, but Stormzy well and truly merked The Chase. Merked it good and proper, he did.