The "IT" Factor: 5 more Stephen King movies that need to get remade

By all early accounts, the new It may well be THE horror movie of the year.

People who have been lucky enough to catch an early screening have come out with nothing but positive reviews, and we imagine that the box office will probably launch the movie into "record-breaking" territory. 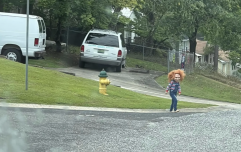 END_OF_DOCUMENT_TOKEN_TO_BE_REPLACED

Which is all great news, because it means that Stephen King movies will most likely become the hot new trend again.

There was a time in the 90s when it felt like every second film being released, and 99% of TV mini-series, was based on a King property.

Sleepwalkers, The Langoliers, The Mangler, The Tommyknockers, Sometimes They Come Back... there were some messy projects in there. 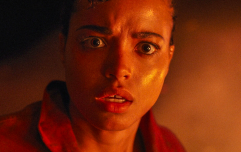 END_OF_DOCUMENT_TOKEN_TO_BE_REPLACED

That isn't entirely to blame at the film-makers, as King himself will admit that not all of his books are particular good, which is expected when you seemingly write novels at a faster pace than most people are capable of reading them.

With that in mind though, there were some King stories that were adapted, and in the footsteps of the 2017 It, there is room for improvement on the second go-around. The first take on It was ... difficult to fully verbalise. Tim Curry was obviously amazing in it, but there was also A LOT of faffing about, and it ultimately came down to The Losers fighting a space-spider, which was a bit of a deviation from the book, to put it mildly.

So, here are five movies that were already made based on King's stories, that definitely deserve another swing: 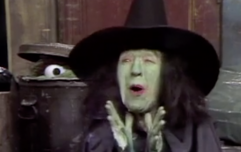 END_OF_DOCUMENT_TOKEN_TO_BE_REPLACED

Apparently the only story that King wrote that he himself still finds scary, Pet Sematary deals with a family moving to a new home, with a nearby - yep, you guessed it - pet cemetery, which itself is nearby an ancient Indian burial ground. When the family's cat dies, the loving father buries the pet there, only for it to come back to life, although now far more evil than it was before. And things take a very dark, much more personal turn from that point...

The original was directed by Mary Lambert who, just like David Fincher, began her career directing music videos for Madonna, in her case being "Material Girl" and "Like A Virgin".

There was talk of George Clooney headlining a remake a few years back, but nothing came of it. The directions that the plot goes to are INSANELY dark, the kind of stuff that is guaranteed to give hard-core, grown-up horror fans reasons to lose sleep. In the right hands, it could be incredible, which is why we're very happy that the director of the remake of It has said that once It: Chapter Two is done and dusted, Pet Sematary is what he wants to make next.

They remade Carrie a few years back, and the reason it couldn't hold a blood-covered candle to the original is that they turned a horror into a tragedy, trying too hard to make a movie about a bullied telekinetic teenager feel real, when really it should have been a horrorific X-Men revenge tale.

The original Cujo, on the hand, was too far the other way. Check out the trailer below, and try not to laugh as the killer dog attempts to head-butt it's way into a car, while the driver acts with all the energy of a recently lobotomised sloth.

There isn't much that needs to be done to make this a properly scary movie, because it involves a big dog going evil and attempting to eat everyone. Since most normal people already love dogs, seeing them in this light will leave them petrified (especially if they happen to have one waiting for them at home while they popped out to the cinema).

There are some King adaptations that are pretty much perfect and shouldn't be re-attempted: The Shining, The Shawshank Redemption, Misery, Carrie (they tried anyway), The Mist, etc. And while The Running Man is actually a decent movie, it is not a good adaptation of King's book.

Arnie is about as far as you can get from the skinny master-of-disguise that the book described, and the tone is closer to that of an incredibly violent take on The Fugitive instead of the gory Celebrity Big Brother vibe the first adaptation gives off.

Ironically, the original director was Andrew Davis, who was fired one week into filming, which Arnie describes "a terrible decision", as the new director "shot the movie like it was a television show, losing all the deeper themes". Davis would go on to direct the Best Picture Oscar-nominated The Fugitive with Harrison Ford just three years later.

Part of a collection of short stories that featured others that would go on to be filmed as The Shawshank Redemption and Stand By Me, Apt Pupil dealt with a high schooler discovering that his elderly neighbour is actually an escaped Nazi war criminal, and their resulting cat-and-mouse relationship slowly spiralling out of control.

Directed by Bryan Singer, after The Usual Suspects but before he hit the big time with X-Men, it was perhaps a touch too dark for his wheelhouse, and this was picked up on critics at the time, as the changes made from the book lead the adaptation down a mostly bloodless path.

With a new rise in Nazism across the news these days, another take on Apt Pupil would be all too timely, especially if they go back to King's original ending, which featured the teenage Nazi enthusiast turning into a spree shooter, another major issue that is, unfortunately, occurring all too often.

A short story first published in Penthouse magazine, it would go on to spawn no less than NINE movies, which started off being bad and just descended in quality from there. It involves an evil creature known only as He Who Walks Behind The Rows, which lures children into the corn-fields and brainwashes them into killing all of the adults in their home town.

The first movie has a bit of a cult following now, and the religious allegory at the centre of it is prime for a re-do in a more modern setting. Much like Cujo, there is the basic King story of something that shouldn't be scary - in this case, very young children - being very, very scary and trying to kill everyone.

With the right director it could be properly unnerving, especially if the production company involved give the film more than a budget of coupons and well-wishes that the 1984 movie seemingly had to work with.

popular
Grease star Olivia Newton-John dies aged 73
John Travolta pays heartfelt tribute to Grease co-star Olivia Newton John
Tens of thousands rush to sign-up to 'Enough is Enough' campaign - crashing their website
Runner finishes last in 400m race as penis keeps falling out of shorts
Emmerdale's Sam Gannon dies aged 31 whilst visiting family in the US
Tourists left 'squealing' as thousands of venomous crabs invade UK beach
Stranger Thing's star Noah Schnapp slides into Love Island's Ekin-Su's DMs
You may also like
Entertainment
New Winnie The Pooh horror movie is here to ruin your childhood
Life
Crochet babies are a thing, and they are here to give you nightmares
Entertainment
Stephen King names the scariest horror scene of all time
Life
UK beauty spot haunted by rude 'woman in white' ghost who tells people to 'f*ck off'
Entertainment
Horror game to be censored by PlayStation after outrage over taking gore 'too far'
Next Page