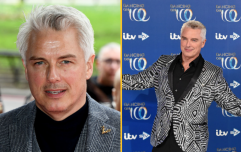 END_OF_DOCUMENT_TOKEN_TO_BE_REPLACED

He has also been charged with voyeurism, which - stemming from the enjoyment of watching people naked without their knowledge - pertains more directly towards non-consensual acts such as upskirting.

Bear, who also appeared on shows such as Shipwrecked and Ex on the Beach, was stopped by police when he landed back at Heathrow Airport after a trip to Dubai. It was also his birthday.

Despite dismissing the allegations as "so silly" at the time of his arrest, his ex-girlfriend maintained that he had released a sex tape of her online and that it later went on to be shared on WhatsApp.

Bear has also come under further fire recently after sharing some bizarre videos that include faking suicide and pretending that he was expecting twins. He is set to appear at Colchester Magistrates' Court on July 2nd