Siri is bored of finding restaurants, now she wants to be a cultural critic.

In a bizarre fusion of tech and entertainment, actress Kerry Washington, best known for her role in Scandal, asked her smartphone if Game Of Thrones character Jon Snow is really dead or not. 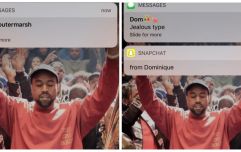 END_OF_DOCUMENT_TOKEN_TO_BE_REPLACED

Since GoT is on everyone's minds right now, and since Siri has an uncanny habit of accurately predicting the future, it seemed a logical question to ask.

However, Siri has probably been asked the question so many times over the past few weeks that if she were a real person she'd be losing the will to live by now.

Perhaps that's why Apple's programmers decided to issue this automated Game Of Thrones response. Either way, Siri knows nothing more than you do, so no spoilers here.

Since Kerry published the results of her chat with Siri many people have been busy trying to replicate it on their own devices.

So far Siri has come back with some different, even more creepy and abstract, answers. She's not wrong though.

@kerrywashington That answer may be better than this! Siri's got jokes! #GameofThrones pic.twitter.com/vIiYPr3D40

popular
Actor in Oscar-nominated film dies aged 22 after shooting
Harrowing video shows teen blasted in the face with shotgun - and survive
Mo Salah couldn't help but laugh when asked about Ballon d'Or ranking
Elon Musk shares 'evidence' we are actually living in a simulation
Boy, 11, who doesn't speak good English missing after going to play football
QUIZ: Who plays here? Match the clubs to these 50 stadiums
Border Force staff offered grief counselling amid mounting post traumatic stress concerns
You may also like
Tech
Woman shares iPhone feature that lets you listen to conversations from 15 metres away
Tech
WhatsApp to be blocked on millions of phones from today
News
Woman 'has proof' extra iPhone cameras are fake
News
EU wants every phone to have same charger, even iPhones
News
Apple to start scanning people's messages and photos to find child abuse
Next Page