Sir David Attenborough has revealed his struggles with memory loss

Even at the age of 91, Sir David Attenborough is showing no signs of slowing down.

Planet Earth II was one of the most-watched and talked about programmes of this year, and is currently travelling the world working on Blue Planet II, but in a recent interview with The Telegraph, the broadcasting legend confirmed that he is having some struggles with memory loss.

Sir David said that it was taking longer than usual to write scripts for the upcoming show, as he struggled to recall "proper names", and that he could "run into problems" when trying to find the right words.

"There were these searing yellow fields and I can’t think of the damn name," he told the paper. "I wanted to say something about it but I couldn’t and it wasn’t until we got quite close to Geneva that I thought, of course, oil seed rape."

This is hardly atypical for man of his age, but nevertheless it's sad to hear that the naturalist and national treasure is succumbing to the wears of his advanced years. 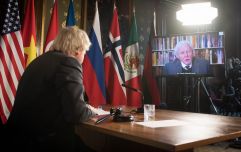 David Attenborough on climate change: "It's already too late"

END_OF_DOCUMENT_TOKEN_TO_BE_REPLACED

Attenborough said he is "coming to terms" with his memory loss, but he's still committed to his programme making. "I’ve just come back from Florida where we have been filming spinner sharks," he said.

"There are 20,000 of them and people don’t even know they’re there. From a helicopter you can see this great column of fish and sharks, and just over there, there are people exercising their dogs on the beach."

By the sounds of things, Blue Planet II is going to be another incredible piece of television.