She has released an official statement after she was reportedly sacked

Sharon Osbourne has released an official statement explaining why she will not take part in the X Factor live shows. 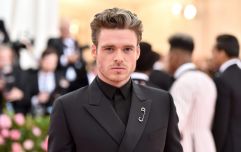 Bodyguard 'confirmed for season 2 with Richard Madden to return'

END_OF_DOCUMENT_TOKEN_TO_BE_REPLACED

In a social media post, she thanked Simon Cowell for his "grace" in finding her a spot but claimed that after watching the on-going series, she thought she "wasn't needed."

She wrote: "After watching the new season X Factor unfold, I’ve seen the new judges finding their rhythm and are doing brilliantly.

"Simon was so gracious to find me a spot on the live shows but at this point, I really don’t think I’m needed and I would honestly feel odd coming in at this point. So I have decided to pass on the series this year.

"I wish the show continued success and as much as I love to get my face on TV you will have to do without me this season. Loves ya, Mrs. O."

An X Factor spokesperson responded in a statement, saying: ‘The X Factor can confirm Sharon Osbourne has decided not to return to this year’s show.

"Sharon will always be a big part of the X Factor family and we wish her all the best for the future." 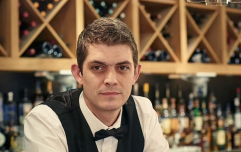 END_OF_DOCUMENT_TOKEN_TO_BE_REPLACED

The move comes after Sharon described Simon Cowell as a "fat-faced fuck" and laid into various parts of the show in an interview, reportedly leading to her being fired by the production team.

"Sharon is going to try and spin this as her choice to leave, but after that disgusting interview there was no way Simon Cowell or the executives would have her back on the panel," a source told The Sun. "Good riddance to her."