Sex and the City reboot confirmed for HBO, without Kim Cattrall

“I couldn’t help but wonder… where are they now?”

It was one of the most popular TV shows of the late 1990s and early 2000s, and now Sex and the City is coming back to our screens.

HBO confirmed this week to Variety that the much loved show is getting the revival treatment at HBO Max, more than 16 years after it last aired.

In a slightly controversial move, it will not go by the original series' title, and instead will be called And Just Like That… and will star Sarah Jessica Parker, Cynthia Nixon and Kristin Davis. The three will also be executive producers on the show.

You may have noticed all the cast will be returning except for Kim Cattrall, who played Samantha Jones.

Her absence, it has been said, is down to reported beef between her and Sarah Jessica Parker, so it's not a huge surprise that she's not returning. 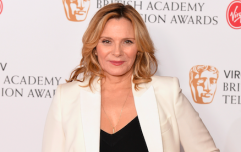 END_OF_DOCUMENT_TOKEN_TO_BE_REPLACED

Variety says the new show will follow the ladies as "they navigate love and friendship in their 50s. The series will consist of 10 half-hour episodes", with filming set to begin this spring.

The stars shared the news on social media last night with a teaser video to get fans of the show excited.

In Parker's post on her Instagram she wrote: “I couldn’t help but wonder… where are they now?”

Sarah Aubrey, head of original content at HBO Max, said in a statement: “I grew up with these characters, and I can’t wait to see how their story has evolved in this new chapter, with the honesty, poignancy, humour and the beloved city that has always defined them.”