Changing Rooms deserves serious recognition for the televisual masterpiece that it was.

The DIY home improvement show appealed to those of us who were beyond cartoons in the 90s and looking forward to the future, a world where we could maliciously destroy our friends, neighbours and families' homes on the telly for entertainment purposes.

It was exceptional television - it had everything: plots, heated storylines, character development, tension, sabotage and the occasional disaster.

Here are seven indisputable reasons why Changing Rooms was the best TV series on our screens in the late 90s / early 00s.

1. The theme song was a certified banger


On paper, a saxophone solo doesn't particularly captivate an audience at the beginning of a show, but as we've learned, Changing Rooms is an exception. The intro music is 21 seconds of auditory perfection, getting the viewers suitably pumped for what's about to follow. Not only did the theme for CR revolutionise the music world at a time when it was several lacking in tunes, its effect is still being felt in the television industry, with shows like Homeland attempting to recreate it with those sporadic bursts of sax.

END_OF_DOCUMENT_TOKEN_TO_BE_REPLACED

Since Big Ben has fallen silent for the next four years, might I officially request that we play the Changing Rooms theme song on the hour every hour until it's fixed? The benefits are endless. Nationwide morale will be instantly boosted upon hearing the saxophone solo to end all solos. There'll be a mass request to have CR reruns on the telly and Handy Andy will once again fall back into his place of being a national treasure.

2. The premise was flawless

There's little any sane person would want to watch more than two couples being given the opportunity to potentially ruin a room in each other's houses. It's the ultimate chance for revenge, if the participants were so deviously inclined. Alternatively, if they decided to play the game properly and legitimately try to design a nice room for the aforementioned, there was always a strong chance that they wouldn't know each other as well as initially thought, resulting in a meat-themed bedroom for a devout vegan couple.

The premise allowed for so much to go wrong, it's amazing that any couples ever signed up for it. Even after the first series, there were so many disasters taking place, who on earth would apply to take part having seen what a shit tip their house could turn into? It's like green-lighting a cookery show where four out of five people end up getting salmonella, but that tiny sliver of hope that you won't get it was what drove people to apply. 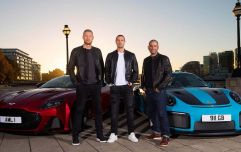 END_OF_DOCUMENT_TOKEN_TO_BE_REPLACED

It seemed that the main requirement to go on Changing Rooms was simply that you were willing to go on Changing Rooms. The participants signed themselves up to help renovate an entire room in a house, with little to no DIY experience between them. Luckily, there were some helpers on hand to whip these hopeless couples into shape, giving them the equivalent job to when your mum was baking and would appoint you as the official spoon licker so that you'd stay out of her hair for an hour.

Most of the time, the participants were tasked with painting a wall between them. It's the thing that's hardest to fuck up, but some of them still managed it. Not once, in all my years of watching Changing Rooms, did I see any masking tape going around the window frames. Sure, the camera wouldn't pick up on the occasional shoddy piece of workmanship, but imagine having to live in one of those houses and see the same blot of paint on your windowsill every day. That's how serial killers are born.

4. Handy Andy was an angel sent from up above and is still widely regarded as a national treasure

Just as tensions and fears were running rampant in these households, Handy Andy would swoop in with his be-pencilled ear and dazzling smile, diffusing arguments with his charm and know-how. There was no job too small for our Andy, nor opportunity too prime for him to gloat and say 'I told you so'. His DIY knowledge was superior to any muggle on the show, something he was all too aware of. He was generally quite easy-going, but nothing riled him quite like some idiot suggesting they use a sheet of MDF for an unsuitable purpose.


He held that show together, both literally and metaphorically. Just as all hope appeared to be lost during the course of these renovations, Andy would turn up and a communal sigh of relief would fall over the room. Finally, a person that knows what they're doing. He'd poke fun at the muggles' efforts at even the lowest level of construction work because nobody knew how to fix up a room quite like Andy. Wherever he is now, I just hope that he's still happy and handy.

5. The show was extremely low-budget, which resulted in some atrocious designs

They'd spend the bones of £1,000 on renovating an entire room, which meant they had to improvise quite a bit. In one particular episode, they cut out some flower shapes from old magazines and then glued them to a coffee table surface. It looked appalling and yet we were led to believe that it was 'very chic'. Surely by season 16 they could've upped the budget and gone turbo on these rooms, giving them solid gold fixtures and complimentary iPhones. Amateurs.

Watching back Changing Rooms in the present day is a trippy experience. Style has come a long way in the past twenty years. There was no exposed brick, no rose gold ornaments and certainly not enough fairy lights. Everything was very makeshift and nobody seemed to have accessed the full scope of their colour identification abilities. Things were grim, but look at us today. I have a rug IN MY BATHROOM. Not a bath mat, just a jaunty little rug for aesthetic purposes. Dream big, kids.

6. The presenters were absolute lunatics

I'm not sure where they pulled Laurence Llewellyn-Bowen from, but I'm eternally grateful that they did. His flamboyant fashion sense, perfectly coiffed hair and posh little mannerisms were the source of many a home truth on Changing Rooms. He was among kindred spirits, with such celebrity royals as Carol Smillie, Linda Barker and many more whose names I forget. Their people management skills were second to none, remaining firm but fair when the participants suggested hideous accessories for these new and improved rooms.

It's impossible not to crack a smile when you see Carol Smillie on the TV. She was always so warm and nice. If I was going to let one of my degenerate neighbours into my house to redesign a room, I'd want her to be the one to show me the aftermath. She'd make everything better. Carol Smillie should read the news or inform people of the death of their loved ones. You'd initially feel sad, but a reassuring touch of the shoulder from Carol Smillie would turn your day right around.

7. The big reveal at the end was always delightfully awkward

There's nothing more delicious than watching deeply disappointed people trying to put on a brave face for the cameras. So often during Changing Rooms' big reveal, the participants' faces would contort in a multitude of uncomfortable ways, as their eyes told the true story. The first couple would often hide in a wardrobe / behind the door and then jump out after the second couple's brand new room was revealed. The intensity of their tears, hugs and handshakes were the ideal money shot, accompanied by hushed whispers of 'I'm going to torch your house you stupid cow', picked up by the microphones.

It was incredible television. Each episode took us on an emotional rollercoaster complete with disasters, Handy Andy saving the day, tight deadline amendments and finally the big reveal. There's not much that has come our way since Changing Rooms to fill that home improvement void. Watching other peoples' homes being destroyed by their idiot friends / neighbours is enjoyable. It's addictive and deeply satisfying. Bring back Changing Rooms and get rid of literally everything else!


popular
QUIZ: Match these football stadiums to their cities
The JOE Friday Pub Quiz: Week 178
This is why Jurgen Klopp refused to speak to The Sun
Hitting the gym with Adam Bishop - Britain's Strongest Man
All Blacks legend Sean Fitzpatrick on potentially shaking up the Guinness Six Nations
People can't get over how Macaulay Culkin looks in most recent photographs
The definitive ranking all 151 original Pokémon from worst to best

You may also like
Entertainment
James May on the wonder of Japanese toilets
Entertainment
Jeremy Clarkson on Brexit, Jeremy Corbyn, socialism and the General Election
Entertainment
How to create terrifying horror, by someone who has
Environment
Bear Grylls praises the youngsters fighting for the future of the world
Entertainment
We need to talk about AMC’s Who Wants To Be A Millionaire ‘coughing major’ drama
Next Page