For years, Samoa Joe was one of the defining figures of independent American pro wrestling

His work in TNA and Ring of Honor was beloved by the sort of hardcore fan who rejected Vince McMahon’s mainstream empire. Samoa Joe's powerhouse, MMA-inspired style brought a captivating intensity to legendary bouts with the likes of CM Punk and AJ Styles, and a gritty realism that fans were desperate for.

But in 2015, after over a decade and a half in the ring, Samoa Joe took the plunge and joined WWE. Following a dominating spell as NXT champion, he moved up to the main roster – and instantly looked like he’d always belonged there. He was a terrifying bruiser that looked as legit as anyone facing down the likes of Roman Reigns, Braun Strowman or Brock Lesnar.

Ahead of the Royal Rumble this weekend, we caught up with Samoa Joe in Texas, about how his life has changed in the last four years. Gruff, frank, and no-nonsense, but still open and friendly, Samoa Joe explained what appeals to him about WWE, whether he ever considered going into MMA, and what people don’t understand about Brock Lesnar.

You’ve been with WWE over four years now – what has been the most suspiring thing about working here?

I think what you don’t expect is the depth of scale that the company has, in terms of infrastructure, and the many things you’ll be involved with here and there. I think that’s what was surprising.  A lot of the promotional stuff you end up doing, the weird ad opportunities that come through.

From the indies, my life has changed drastically. Obviously the work load triples, you’re away from home much, much more. You don’t have the luxury of making your own schedule. But I’ve been doing this for upward of 20 years now, it’s nothing new!

What are the perks of being in WWE then?

Finances – let me tell you, that’s the biggest one! 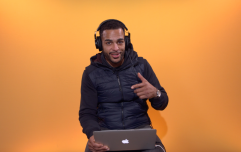 END_OF_DOCUMENT_TOKEN_TO_BE_REPLACED

Obviously too, you get to appeal to a much broader fanbase than you would anywhere else – the scope of the fanbase, all over the world, that is kind of astounding. The minute you are a WWE superstar, you get a following around the world.

Having wrestled for over 15 years, in TNA, Ring of Honor and on the indies all over the world, you must have already known a lot of people who were already here, right?

It was very familiar surroundings. And those people that I didn’t know, we quickly became accustomed because we just have so many mutual friends. A lot was heard about me before I ever stepped through the doors, to my benefit, and I’m thankful for that. It made the transition here very, very easy.

How much did you have to change your in-ring work when you got here?

Honestly, there really wasn’t that much transition from what I’ve been doing. With TNA I’d been doing TV for years. I’d been with them for over a decade, and things are shot similarly. It’s definitely a bit more meticulous here, but it really wasn’t a big transition.

Is it still as fun as it always was?

Yeah, especially getting to be out there with the fans and stuff, they let me fire from the hip when I need to. it’s been pretty fun.

You’ve got a very MMA-influenced style, and you’ve trained in Brazilian jiu-jitsu, judo, and Muay Thai. Did you ever consider doing MMA? 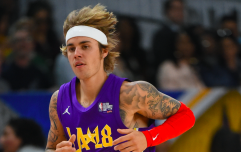 END_OF_DOCUMENT_TOKEN_TO_BE_REPLACED

If there was any temptation, it would have been when I was early on. But early on in my career, the landscape just wasn’t right. I’ve been involved with entertainment all my life [Joe’s parents ran a Polynesian dance troupe, which he was part of as a child], and my main reason to get involved in wrestling was that I wanted to make a living. That was actually a stipulation of me continuing to do this, that I was sustaining myself and paying my bills with it.

At the time MMA was pretty much banned everywhere. I had several friends who were MMA fighters at the time who were really struggling. Especially in that climate, promoters stiffing guys, it was a rough, rough time back then.

So when given the prospect of WWE, coming off the back of the Attitude Era, and they are the hottest thing in television; or MMA, which was really, really awesome, but it hurts, and seeing the effects on guys that I trained with, I wasn’t a logical choice at any point. And then by the time I was involved in wrestling, I think it would be disingenuous to go “Oh, I want to get into MMA”.

Brock Lesnar is set to enter the Royal Rumble at number one - You had a great match with Lesnar in 2017, but many fans think that he only puts in the effort to put on a good match when his opponent ‘motivates’ him. What’s your take on that?

I find [the questions over Brock’s “motivation”] to be a weird narrative. Obviously, even we in WWE have embraced it and pulled it into the creative and stuff.

But for me, knowing Brock, people do not expect him to be as cerebral as he is. He is very much about building perception. And I feel like people are seeing exactly what he wants them to see, and people are feeling about him exactly what he wants them to feel. “Motivation”… yeah it’s a weird question to me, because I see a little bit more, and I know a little bit more than most fans and people who have an opinion about Brock! [Laughs].