Robert DeNiro is in a bread advert now, for some reason

For some inexplicable reason, Robert De Niro is the star of Warburtons advert.

The Goodfellas and Raging Bull star is now the face of the Bolton bread manufacturer's bagels.

Maybe it is a Lost In Translation type situation. Maybe Robert De Niro is off filming a commercial in a foreign land, never to be seen on American shores. Only, instead of taking place in front of the melancholic neon backdrop of Tokyo, it is a Travel Inn in Bolton. Instead of karaoke, him and Scarlett Johansson will spend a pensive evening at the Frankie & Bennys in Middlebrook Retail Park, then share a transcendent silent glance in the glow of the Hollywood Bowl.

Look, we've already had Dirty Grandpa. And Meet The Fockers. And Grudge Match. And Shark Tale. At this point, Robert De Niro straight not giving a fuck is well established. He hasn't given a fuck in years. There are kids today who associate De Niro's distinctive weathered face not with some of the greatest American films of all time, but with the sort of awful comedies your scroll past on Netflix. Bobby De Niro, gurning at you in some high-concept box office bomb, where he has to look after a team of soccer-playing dachshunds, or voices a CGI talking stapler. 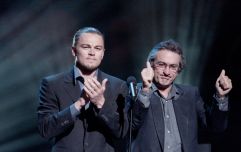 END_OF_DOCUMENT_TOKEN_TO_BE_REPLACED

But come on, Bobby. A Warburtons advert!? No disrespect to Warburtons, obviously, they make perfectly fine bread. But Robert De Niro used to be one of those truly mythical figures in movies. One with an aura, who meant something. Discovering films like The Godfather Part II and The Deer Hunter and Once Upon A Time In America used to be a rite of passenger for teenagers getting into film. Worn VHS tapes or scratched DVDs handed down from older siblings. De Niro was arguably the face of the hallowed 'New Hollywood' of the 1970s, the last era when interesting, daring, adult movies dominated studios before they realised that they could just churn out four-quadrant franchise fare.

And now, he is shilling bagels on British TV. Starring in the most obvious parody of Goodfellas, reeling through every mob movie cliche in the book. It has more in common with that episode of The Simpsons where Marge has the pretzel business more than an actual Martin Scorsese movie.

It is particularly annoying since it looks like 2019 could be a comeback year for De Niro. He is both reuniting with Scorsese, Al Pacino, Joe Pesci and Harvey Keitel in Netflix's The Irishman, and appearing in the Joaquin Pheonix-starring Joker. Then again, he is also starring in a family comedy called The War With Grandpa. So it could go either way.

popular
Deep fake meme lads sing sea shanty that will make you want to abandon your childhood sweetheart and circumnavigate the globe
QUIZ: Name the films referenced by The Simpsons
QUIZ: Identify which of these 50 players played with Wayne Rooney
A definitive ranking of every swear word from worst to best
Here's how to see who's been taking screenshots of your Instagram Stories
Netflix announces new true crime documentary about terrifying LA hotel
Rishi Sunak planning one-off £500 payment to benefit claimants
You may also like
Entertainment
Joker review: Joaquin Phoenix fails to save this largely pointless origin tale
Entertainment
QUIZ: Is this a Robert De Niro film, or an Al Pacino film?
Entertainment
The trailer for Martin Scorsese's The Irishman is here to restore your faith in Robert De Niro and Al Pacino
Film
The first Joker trailer is creepy and brilliant
Film
The greatest gangster movie of all time is now on Netflix
Next Page